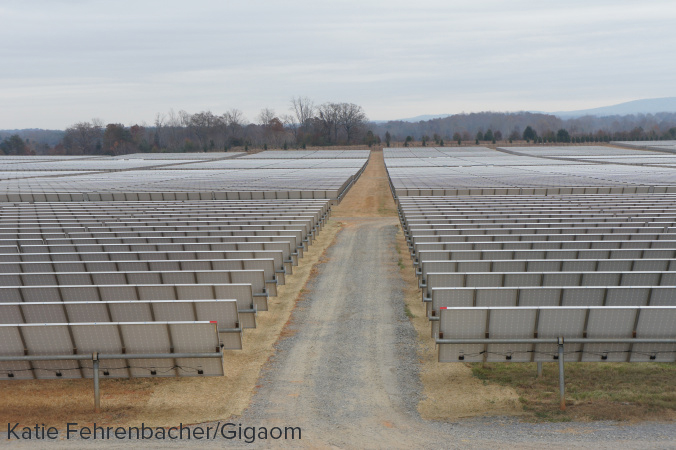 During the Goldman Sachs conference today, Apple CEO Tim Cook announced that the company is planning to build a 1,300 acre solar farm in Monterey County, California.

The solar farm, which will output enough power for about 60,000 homes in California, will provide enough renewable energy for Apple’s new campus, every other Apple office in California, all 52 of its retail stores in the state, and its data center in Newark.

“First Solar shares spiked on the news and closed the day about 5 percent higher, while Apple ended about 2 percent higher. Apple’s value rose to $710.70 billion as it became the first U.S. company to close with a market cap above $700 billion. The tech giant had touched the $700 billion level before but never managed to settle there.

Cook touched on the solar project and a wide range of company developments—including Apple Pay, the Apple Watch and the company’s partnership with IBM—at the Goldman Sachs Technology and Internet Conference.”

The solar farm is an $850 million project and Cook said Apple is doing it because “it’s the right thing to do”. Cook says even though the solar farm is good for the environment, there is also a significant price difference between renewable energy and brown energy.

The company has already built a series of solar farms in North Carolina, however, the Monterey County solar farm will be Apple’s most ambitious project yet. Construction of the solar farm, which is being built in partnership with First Solar, is set to begin in mid-2015 and is projected to finish by the end of 2016.