Apple’s Business Chat feature, that allows iOS users to communicate with big companies like the Four Seasons Hotel and Burberry via iMessage, is finally coming to all 800,000+ Shopify merchants worldwide. According to Engadget, while select US merchants have already been using the feature, Apple and Shopify are now rolling it out for everyone. 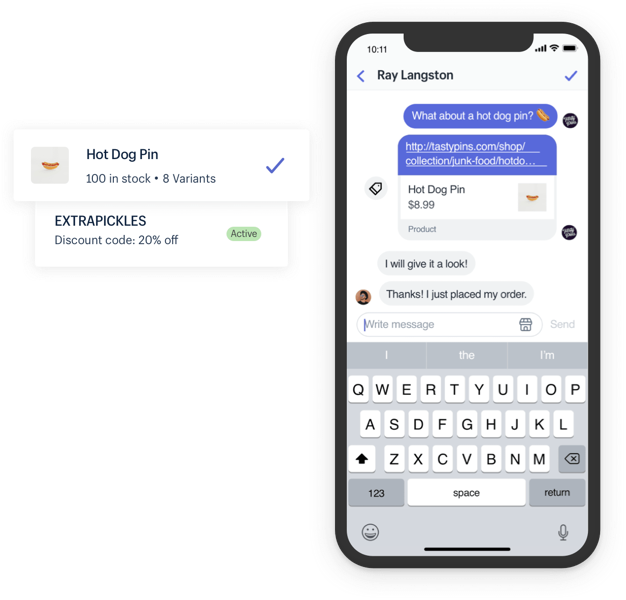 Shopify says that the iOS Messages button will be featured on every page of Shopify stores, allowing iOS users to simply click on it and ask sellers whatever they want to know. The feature will make it even easier for Shopify stores running their businesses entirely on mobile to provide real-time support.

Moreover, iOS users will also be able to pay for purchases using Apple Pay from within the iMessage conversation:

For merchants, you can now manage and respond to all your Apple Business Chat customer conversations through Shopify Ping.

For the growing number of merchants who are running a business entirely on mobile, this new feature for Shopify Ping will allow you to communicate with your customers on-the-go, access products and inventory, and give real-time support via Messages.

Apple Business Chat is now available to eligible Shopify merchants globally, at no additional cost. You can find out more at this link.

TikTok has revealed its 2022 year in review, highlighting the latest trends, creators, movements and moments that made this year one to remember in Canada and around the world. According to the social network, it says the “TikTok community elevated and celebrated creative expression in new ways–discovering, creating and sharing content that captured our collective imagination.” […]
Gary Ng
59 mins ago