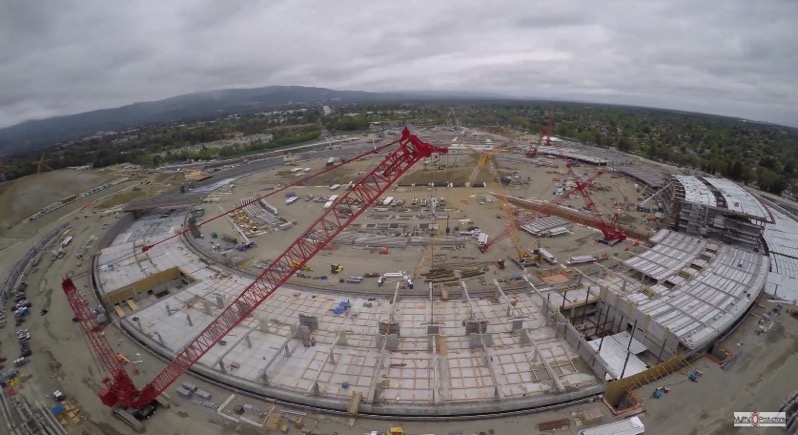 After a brief hiatus, YouTuber MyithZ has uploaded a new video detailing the construction status of Apple Campus 2, filmed via aerial drone.

The video, available for viewing in 4K resolution gets close up to the campus revealing details of the ‘space ship’ design and ongoing construction.

According to MyithZ’s responses to YouTube comments, he now has a “spotter” so he is able to fly further away from his launch point, and notes he may go even further next time around, but will not go as far as to disrupt construction or potentially injure any workers on the ground with his drone.

Last month, we saw images of Apple Campus 2 taken from an aircraft, as shot by a San Francisco photographer and shared with The California Sunday Magazine.