First there was Duncan Sinfield filming Apple Campus 2 construction updates with his drone, then Matthew Roberts jumped on board, with both men releasing competing videos monthly detailing Apple’s future headquarters. 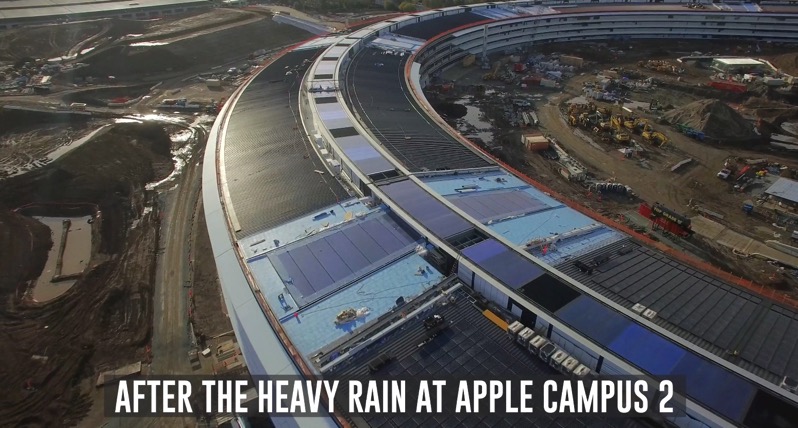 But earlier this week, Sexton Videography joined the mix, posting their ‘December 2016’ update ahead of both men, showing just how quickly the spaceship campus is being built. Check it out below:

Just days before December, Matthew Roberts has released his monthly Apple Campus 2 update as expected, and again it shows just how stunning this campus really is, as it steadily moves towards completion, filmed with this DJI Phantom 3 drone, below:

The video shows the site’s R&D centre near completion, while the centre of the ’spaceship’ now has construction started on smaller structures. Landscaping is happening at a “rapid pace”, explains Roberts, with soil and trees being moved throughout the site. The pyramid-sized mound of dirt is nearly gone, while the solar roof installation looks roughly 60% complete, based on the pilot’s estimation.

You can check out last month’s update here. The site should complete and open in early 2017.