Drone pilots Matthew Roberts and Duncan Sinfield have covered the construction progress of Apple Campus 2 better than anyone. Their latest videos share the most recent updates up until the end of October. 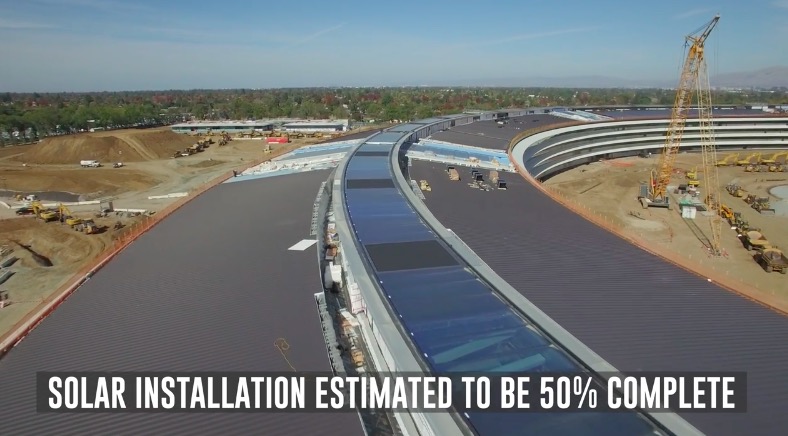 In the videos below, we see the canopy installation is near completion, while fewer cranes are on-site, while the solar roof panels are estimated to be nearly half done. Also, major landscaping changes have occurred as trees are now planted “everywhere”.

These videos show off just how massive the 2.8 million square feet site is from the air. Check them both out below…