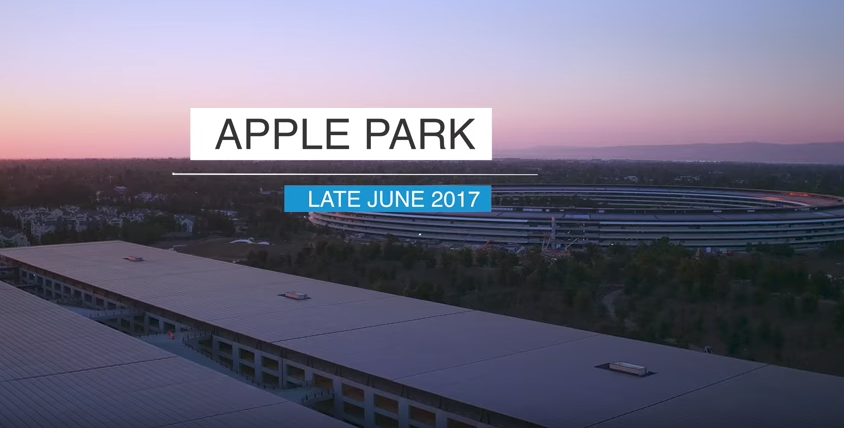 The video shows that the landscaping around the site has made some progress, particularly around the Research & Development center, landscaping, and the main entrances into the campus. The solar panel roof looks to be completed and the inside of the building seems to be already furnished. Within the main ring of the ‘spaceship’, smaller structures have almost been completed, with a lot of trees already planted on the inside.

Sinfield’s latest video also gives us a sneak peak at the Steve Jobs Theater, which has made significant progress internally since the last update.

The entire campus has taken shape rapidly and it looks absolutely amazing so far. Check out Sinfield’s drone footage below and let us know what you think in the comments below.