We’re now into September and that means yet another construction update on Apple Campus 2, filmed by drone. This time, we have both Duncan Sinfield and Matthew Roberts both releasing their videos simultaneously, showcasing their drone flying skills over the soon-to-be world’s largest office building. 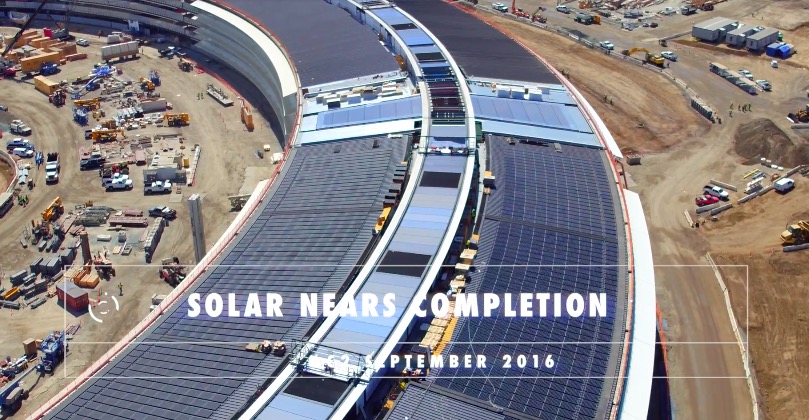 The videos show solar panels being placed along the roof of the ‘spaceship’ campus (near completion), as the building begins to take the final shape we first saw in renders years ago, as curved glass panes and the exterior white canopy is nearly complete. Other buildings on the site continue to be worked on as well, as shown by the precious flying of DJI Phantom drones.

Click here to check out a recent drone flyover of Apple’s upcoming ‘clover leaf’ campus at a 777,000 square foot site in Sunnyvale, California.