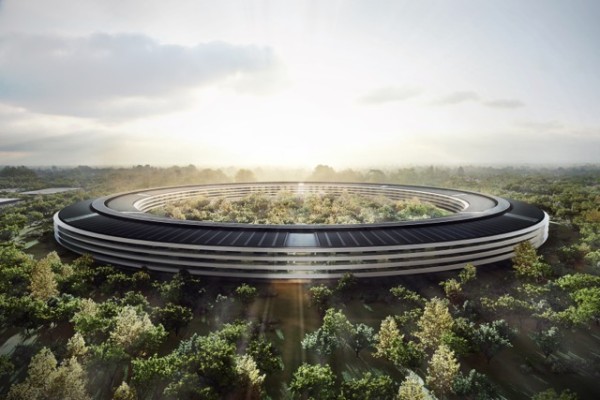 Apple Campus 2 has been designed from the ground up to meet the company’s specifications, with the same careful attention being applied to the interior design as well, including the furniture.

Design Milk’s Gregory Han recently visited the Apple Campus, where he was given some information regarding the tables used in the company’s new HQ. Apple is having 500 white oak tables custom designed for the new campus, with each one measuring in at 18-feet long, 4-feet wide, and weighing 660 pounds. 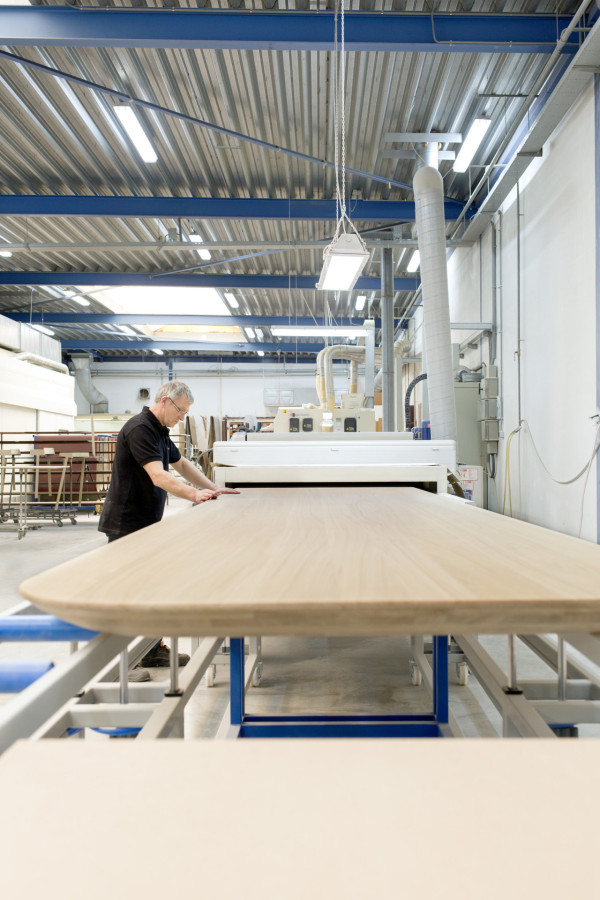 The tables are being individually designed by Dutch company Arco from a single sheet of wood, with skateboard-style rounded edges and a seamless surface. 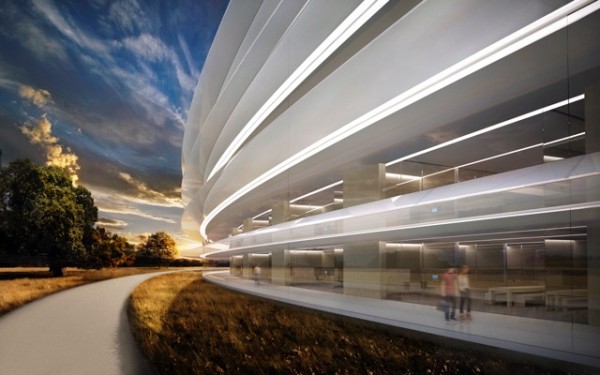 Apple is planning to use the custom tables inside of open area “pods” located on each floor of the building. The layout is designed to encourage “accidental mingling” between employees by providing a workspace that is open, which “brings people together organically.”The report notes that the design of the tables originated from the time Steve Jobs spent at Pixar. 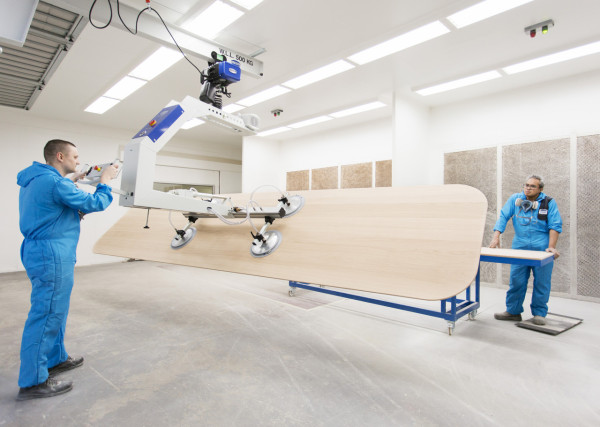 In the interview, Design Milk learned about what it was like designing a piece for Apple. Apple’s team of designers and Foster + Partners were looking for something built to their exact specifications.

“During a meeting to inspect the first prototype together with Apple and Foster+Partners, the question was raised: ‘but what if it was made out of a single piece? Can you achieve it?’ They challenged us to push the boundaries of our craft, we got excited ourselves as well and started to investigate how to overcome the limitations inherent to the way we produce tables–not just here at Arco but for the entire furniture industry including our partners. Design, machinery, logistics, finding the right material… it all had to be reconsidered.”

When completed, the tables will be shipped to Apple in Cupertino and installed at Apple Campus 2 using cranes and dollies. Apple’s second campus is still under construction, but much of the main ring-shaped building has been completed. Apple plans to finish construction at Apple Campus 2 by the end of 2016, with employees moving into the space starting in 2017.

Tesla CEO Elon Musk looks to be giving up on terminating his $44 billion USD bid for social media giant Twitter, now proposing to go through with the acquisition on the original terms — reports Bloomberg. According to Bloomberg's sources, Musk proposed closing the deal for the original offer price of $54.20 USD per share...
Nehal Malik
56 mins ago

Google on Tuesday announced new product updates, and its latest includes the debut of the Nest Wifi Pro with Wi-Fi 6E support, the first router from the company that is triband mesh network ready. Wi-Fi 6E (E for Extended) leverages the new less-crowded 6 GHz radio band and offers speeds up to two-times faster than […]
Gary Ng
1 hour ago

Google today announced a major update for the Google Home app that brings a fresh new design, Matter integration, support for both Wear OS and the web, and plenty of new features. The company said it set out to reimagine Google Home because the number of average connected devices per user has gone up from...
Nehal Malik
2 hours ago