Apple.ca has updated their refurbished store with the company’s 6th generation iPod touch, with 16GB, 32GB and 64GB models available. 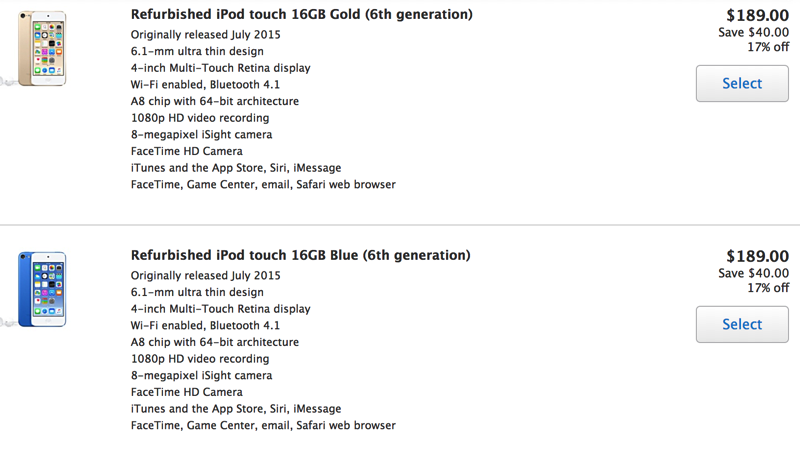 These sixth generation iPod touch models originally were released in 2015 and are powered by Apple’s A8 CPU. Why would you want to buy these? Well, for starters, they are great for kids who can get online with Wi-Fi only, plus they also support iOS 11.3, which was released today.

Let us know if you’re going to pick these up—they’re probably going to sell out soon.