According to sources speaking to BNN Bloomberg, the head of Apple’s Canadian sales division has departed the company. 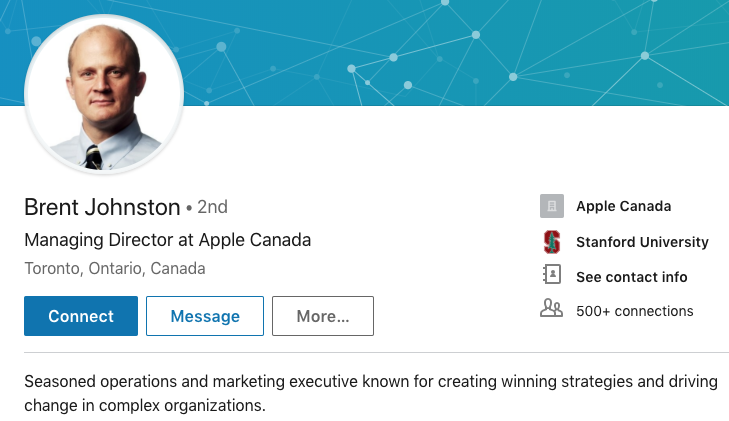 Brent Johnston started working for Apple Canada in February 2016 as the company’s Senior Managing Director, but according to unnamed sources, he has left the company to “pursue new opportunities, reports BNN’s Jon Erlichman. Sources say the departure is reportedly amicable. Apple declined to comment on the report.

Telecom analyst with IDC Canada, Lawrence Surtees, told BNN Bloomberg in a phone interview, “He’s a veteran,” adding “He definitely has more opportunities than most.”

As of writing, Johnston’s LinkedIn profile still notes he works for Apple Canada as its Managing Director.