Apple has featured a new page in the App Store dedicated to official Sochi 2014 iOS apps to download, which at the present time features seven apps, including the CBC Olympics app we previously mentioned. 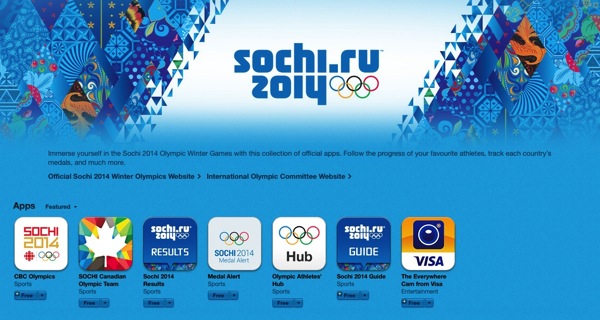 The seven official apps listed are: