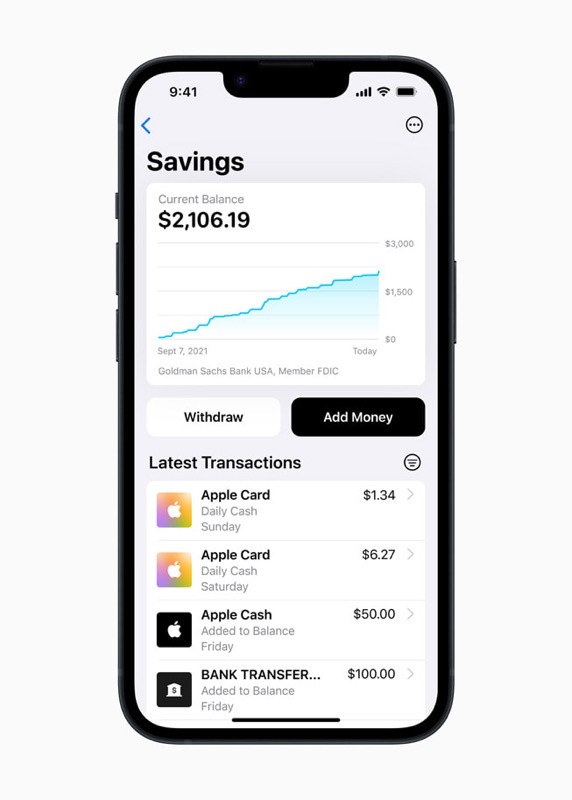 Apple Card, the credit card for iPhone users in the U.S., is set to gain a new high-yield Saving account in the coming months, from Goldman Sachs.

According to Apple, the Daily Cash earned from everyday purchases made with Apple Card will be automatically deposited into this Savings account. Users will also be able to deposit extra funds into the Savings account through a linked bank account or Apple Cash balance at any time. A new Savings dashboard will show users their cash growing over time with a charge and transaction history.

Apple Card offers 3 percent cash back on purchases made with Apple Pay at Apple and other participating merchants, plus other 2 percent and 1 percent tiers for Daily Cash rewards.

For now, Apple Card remains only in the U.S. and it’s unclear if the product will ever expand into Canada, since launching back in 2019. The CEO of Goldman Sachs said in 2020 an international rollout would be likely but nothing has happened, yet.