Apple this afternoon has just updated its executive leadership page to add Maestri, to replace Oppenheimer. But the update was made on the same page and right now Oppenheimer’s thumbnail and URL slug still is in place on the Canadian version of the website, despite Maestri being shown (the changes have been made on the U.S. site): 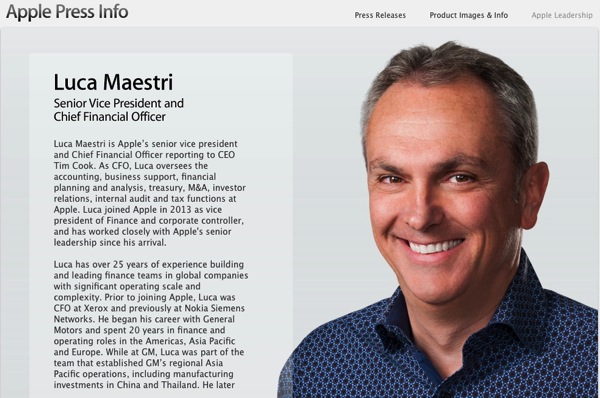 Apple is most likely still updating its leadership page to remove Oppenheimer, but as its stands Maestri has already taken his place on the website.

Maestri joined Apple last May as its corporate controller, replacing Betsy Rafael, while the announcement for the former to replace the retiring Oppenheimer was made this March.