A couple of days back, Sony Pictures announced that Aaron Sorkin, the Academy Award winning writer of The Social Network, will adapt Walter Isaacson’s Steve Jobs biography into a screenplay. Today, another report published by Chicago Tribune (via TUAW) has revealed that the Apple co-founder and longtime friend of Jobs, Steve Wozniak, will assist the oscar-winning writer with his biopic. Woz will reportedly serve as a technical “tutor” on computers and also offer insight on the iconic chief himself. 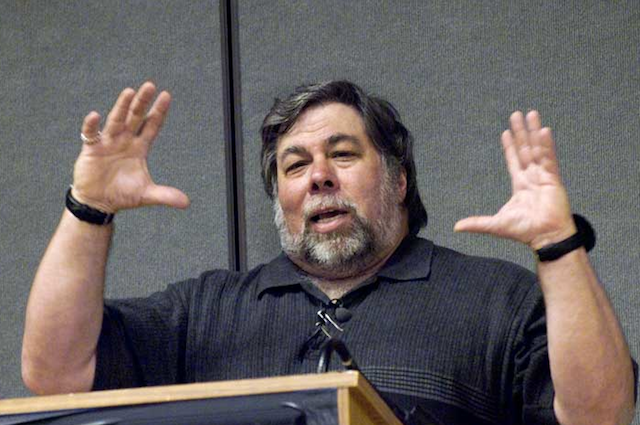 “Drama is tension versus obstacle. Someone wants something, something is standing in their way of getting it. They want the money, they want the girl, they want to get to Philadelphia – doesn’t matter … And I need to find that event and I will. I just don’t know what it is,” Sorkin said.

Sorkin said he would turn his full attention to the Jobs film in late June, once he has launched “The Newsroom”, which is set behind the scenes at a television network.

He said that Apple co-founder Steve Wozniak has been hired by the film studio as a “tutor” on all the technical aspects of computers and on Jobs himself.

Wozniak and Jobs founded Apple from a garage in 1976. Wozniak stopped working for the company in 1987 but kept in touch with Jobs until his death.

Inspired by a true story, Will Smith’s new movie Emancipation is now available to watch on Apple TV+. The movie tells the story of a man who fights through unthinkable terrors in an attempt to reunite with his family. The movie debuted in theaters on December 2, but Apple TV+ subscribers can now stream it...
Usman Qureshi
6 mins ago

While speaking to The Verge, CEO of Epic Games Tim Sweeney has said that Apple’s ability to reject apps like Twitter is something “every politician should fear,” no matter what side of the aisle they’re on. “I think it’s incredibly dangerous to allow the world’s most powerful corporation to decide who is allowed to say...
Usman Qureshi
18 mins ago

Apple supplier Foxconn has invested $500 million USD in its Indian subsidiary to increase its production capacity in the country, according to documents filed in the Taiwan Stock Exchange (via South China Morning Post). The move comes as Apple urges its partners to accelerate plans to diversify the iPhone maker's supply chain beyond China. Foxconn...
Nehal Malik
25 mins ago