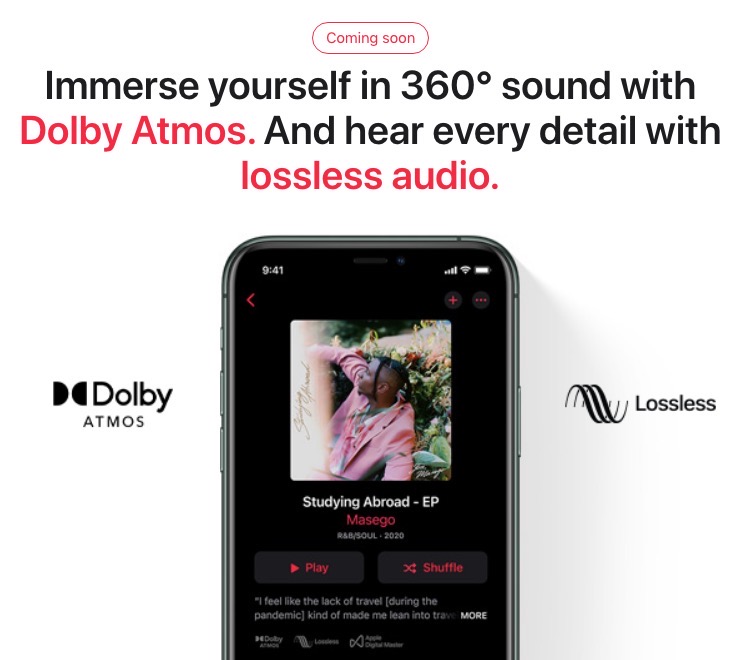 On Monday, Apple announced it would be adding Lossless Audio for Apple Music subscribers, along with Spatial Audio with support for Dolby Atmos.

Lossless Audio essentially means higher quality streaming versions of songs, as they were recorded in studios by artists.

But while Dolby Atmos is supported across all AirPods and Beats earphones and headphones powered by H1 or W1 chips, plus the latest iPhones, iPads and Macs, Lossless Audio won’t be supported by AirPods Pro or AirPods Max, due to a technical limitation.

Apple confirmed to publication T3 AirPods Pro and AirPods Max will not support Lossless Audio, as these products use the Bluetooth AAC codec when connected to an iPhone, instead of ALAC (Apple Lossless Audio Codec).

Given the high price tag of AirPods Pro at $329 CAD and AirPods Max at $779 CAD, news of this may be disappointing for owners of these products.

Apple also said because of the re-digitization step from analog to digital when listening via a wired connection, that means it’s not true lossless audio:

Apple tells The Verge that when you play a 24-bit / 48 kHz Apple Music lossless track from an iPhone into the AirPods Max using both the cable and Lightning dongle, the audio is converted to analog and then re-digitized to 24-bit / 48 kHz. That re-digitization step is the reason that Apple can’t say you’re hearing pure lossless audio; it’s not an identical match to the source.