Apple noted 114 schools across 29 states would be receiving grants to receive Apple products, such as iPads, Macs, and Apple TVs for classrooms. Apple also specified the diversity of their partner schools, noting 92% are of Hispanic, Black, Native American, Alaskan Native, or Asian heritage, areas where at least 96% of students are eligible to receive free or reduced-cost lunch programs.

At Apple, we see the results of this and other forms of inequality every day. Minorities are significantly underrepresented in the technology industry.

We want to do our part to change this.

We want to open the vast potential of all the world’s future inventors, future dreamers, and future leaders.

As a company founded and built on the idea that technology placed in the hands of the many has the power to change the world, we feel it’s our responsibility to act. 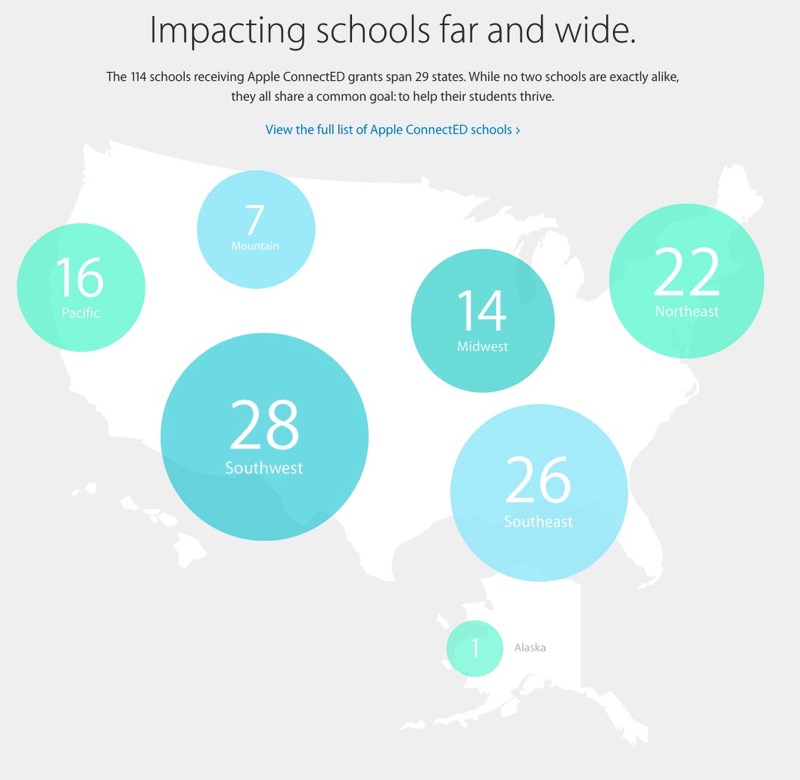 Inspired by the students, teachers, and administrators at the 114 schools we’re partnering with for ConnectED http://t.co/WTsQT0yAD4

Apple first pledged its support for the ConnectED program back in February of this year, noting a $100 million pledge to support education with iOS and Mac products.