A couple of weeks ago, we detailed Apple’s plans of building a second smaller ‘tactical’ facility in North Carolina in addition to its massive data center in Maiden, N.C. and today, Wired has acquired some exclusive aerial photos of the construction site showing not only the new tactical data center but also ongoing installation of solar panels at the 100-acre solar farm across the street from the data center. The photos show approximately 20,000-square-foot structure in a wooded area just northwest of the main data center which the source believes is a 4.8-megawatt array of Bloom Energy fuel cells that convert biogas into electricity, something Apple might refer to as its tactical facility. 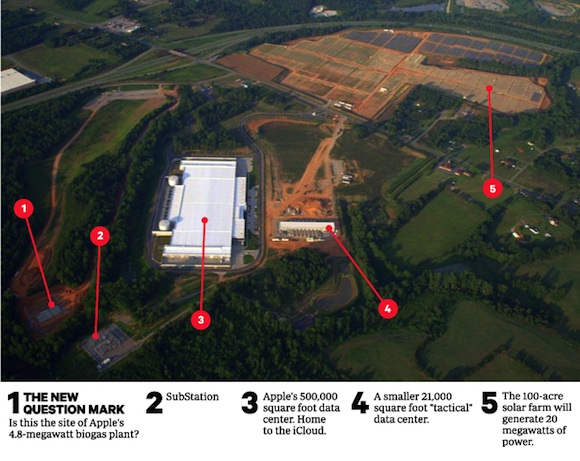 Of course, the notoriously secretive Apple doesn’t like to answer questions about its data centers, so we’ve had to take to the skies to figure out what’s going on. On our first flyby back in May, we could see that something was being built right next to the main data center. Back then, we guessed it was the site of the fuel-cell farm, but regulatory filings proved us wrong.

It turns out that this 20,000-square-foot building, located just south of the main building, is what Apple calls a “tactical data center.”

Nobody knows exactly what an Apple tactical data center is supposed to be, but according to Rackspace Chief Technology Officer John Engates, who has spent his fair share of time in windowless buildings racked with servers, it may be a neutral spot where Apple partners can come and plug their gear into Apple’s grid without getting any exposure to the fantastic secrets housed in the larger 500,000-square-foot facility.

Apple is currently operating s a smaller data center in Newark, California near its corporate headquarters in Cupertino. 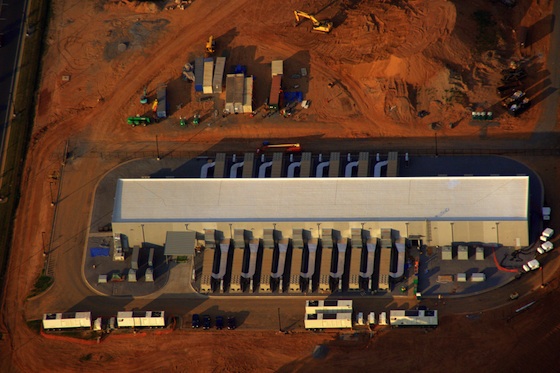 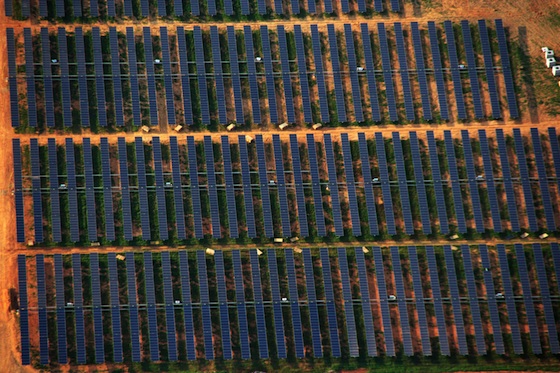 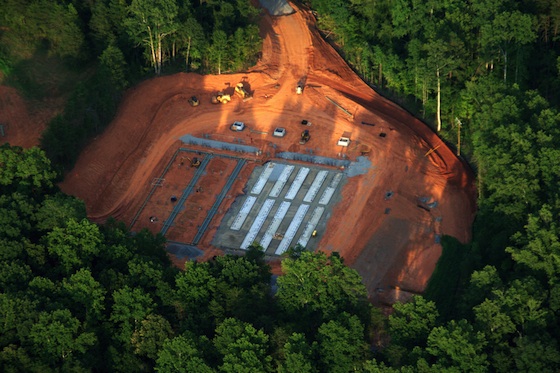