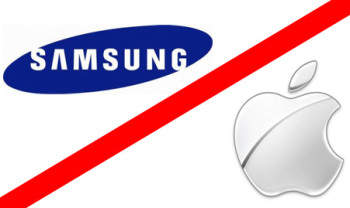 Apple is one of Samsung’s biggest customers–but that business relationship has continued to go sour due to continued patent lawsuits between the two companies. Samsung’s title as the largest component supplier is slowly eroding as Apple diversifies its suppliers.

Digitimes is now reporting Apple has started to purchase more NAND flash parts and mobile RAM memory from suppliers in Japan, notably Toshiba and Elpida Memory, according to industry sources.

Apple has moved to reduce its reliance on memory supplies from Samsung Electronics, the sources claimed. The vendor has procured more NAND flash parts from Toshiba, and mobile RAM from Elpida, the sources indicated.

The reason for Apple diversifying its suppliers is based on the ongoing patent lawsuits between the two companies, sources say. Apple has already turned to Taiwan Semiconductor Manufacturing Company (TSMC) to produce next-generation processors such as the A6 and beyond, in a move to reduce reliance on Samsung for silicon design. Reports of TSMC taking on trial production of the A6 were first heard back in mid-July. Other reports have reported Apple turning to Sharp as a new supplier for for manufacturing high quality Retina Displays.

When you copy your biggest customer’s designs, I’m pretty sure that doesn’t help motivate them to continue giving you business.