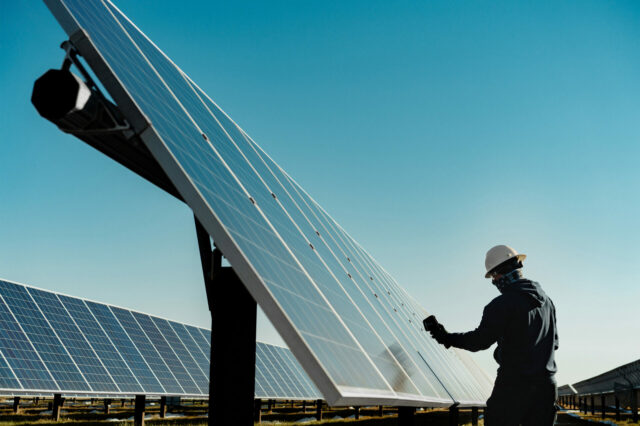 Apple is working with 175 of its suppliers to transition to renewable energy, the company said Wednesday, marking the latest in its efforts to have a net-zero climate impact for every Apple device sold by 2030.

The goal is to avoid over 18 million metric tons of carbon emissions each year, which Apple said is the equivalent of taking nearly 4 million cars off the road. Apple said its suppliers are achieving these changes in part by bringing online more than 9 gigawatts of clean power around the world, or the equivalent of 18 coal-fired power plants providing energy to more than 6.7 million homes.

“Every company should be a part of the fight against climate change, and together with our suppliers and local communities, we’re demonstrating all of the opportunity and equity green innovation can bring,” Apple CEO Tim Cook said in a statement just before the COP26 kicks off in Glasgow, Scotland. “We’re acting with urgency, and we’re acting together. But time is not a renewable resource, and we must act quickly to invest in a greener and more equitable future.”

Apple also says it has added 10 new projects to its Power for Impact initiative, which it says will “bring clean energy solutions to communities around the world” by bringing renewable power to under-resourced communities. These new projects will be located in numerous countries including the US, South Africa, Philippines, Colombia, and Israel.

Apple reaffirmed its pledge to go carbon neutral by 2030 across its entire product lineup and says it has reduced its carbon emissions by 40 percent in the last five years alone.

Apple says that 19 suppliers in the US are now part of its Supplier Clean Energy Program, along with 19 in Europe, 50 in China, and 31 in India, Japan, and South Korea. It’s also creating “new pathways” for recycled materials, including recycled sources of gold, cobalt, aluminum and rare earth elements.

Today Apple announced its Q1 2023 earnings, reporting $117.2 billion in revenue and net income of $29.9 billion for the December quarter. Revenue was down 5% year-over-year, affected by production disruptions in China due to COVID-19. Apple CEO Tim Cook told Reuters in an interview that production disruptions are essentially over, as they “lasted through […]
Gary Ng
58 mins ago