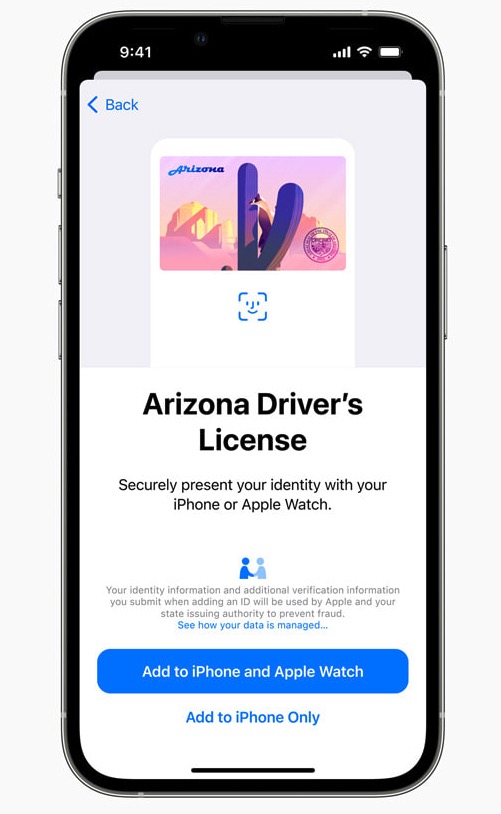 Apple inched a step closer to replacing real-world wallets with the one on its iPhone Wednesday, opening up its digital driver’s license and state ID program in Arizona.

“We’re thrilled to bring the first driver’s license and state ID in Wallet to Arizona today, and provide Arizonans with an easy, secure, and private way to present their ID when traveling, through just a tap of their iPhone or Apple Watch,” said Jennifer Bailey, Apple’s vice president of Apple Pay and Apple Wallet, in a new press release.

The process involves taking photos of the front and back of your ID with the Wallet app, then capturing a photo of your face for authorization from Arizona’s Motor Vehicle Services.

Keeping your state IDs in Wallet is mostly for convenience, as it means many people won’t have to carry around a physical wallet at all times, in addition to an iPhone. However, Apple is also making the argument that digitally-stored IDs are safer.

Apple says that “driver’s license and state ID in Wallet presents only the information needed for the interaction, and the user has the opportunity to review and authorize the information being requested before it is shared.”

The company explains, “driver’s license and state ID in Wallet is presented digitally through encrypted communication directly between the device and the identity reader, so users do not need to show or hand over their device.” 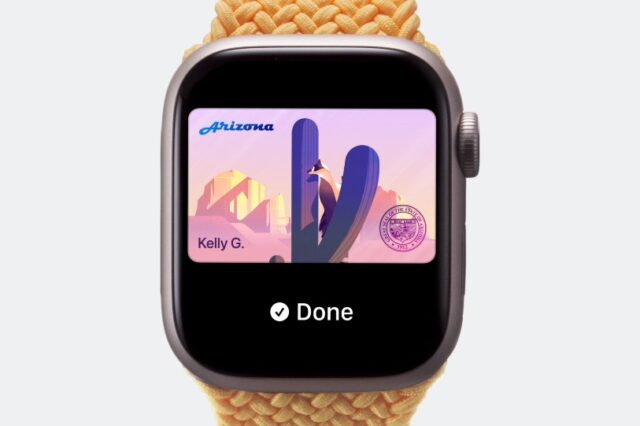 Apple says once these IDs are added to Apple Wallet, users will be able to show them at TSA airport security checkpoints, tapping their iPhone or Apple Watch at identity readers.

Colorado, Hawaii, Mississippi, Ohio, and Puerto Rico plan to roll out the functionality to their residents in the near future, with Connecticut, Georgia, Iowa, Kentucky, Maryland, Oklahoma, and Utah also planning to support it at some point.

It’s unclear if this digital wallet feature will ever make its way to Canada (can you imagine how much red tape would be involved to even consider this here).

As worker unrest continues onsite of Foxconn's Zhengzhou plant in China, Apple is expected to face a shortfall of up to an estimated six million iPhone 14 Pro units. Foxconn's plant, which is often referred to as 'iPhone City' due to its size and importance in Apple's supply chain, has been facing worker protests. Due...
Steve Vegvari
33 mins ago