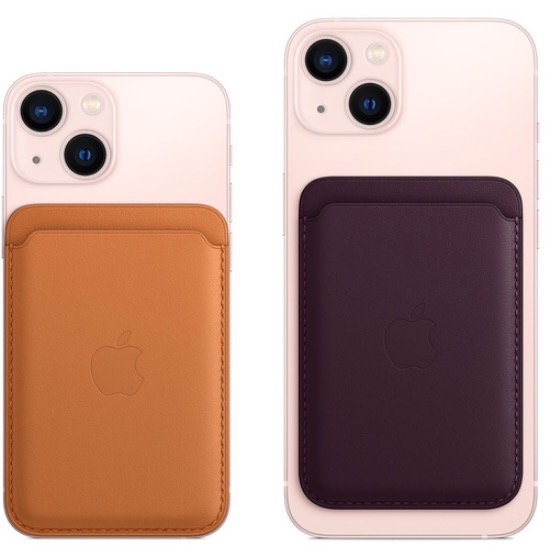 Apple has debuted a new iPhone Leather Wallet with MagSafe for its iPhone 12 and new iPhone 13 lineup:

“Designed with both style and function in mind, the new iPhone Leather Wallet with MagSafe is the perfect way to keep your credit and debit cards close at hand. It now supports Find My, so you can be notified of your wallet’s last known location if it gets separated from your phone,” explains Apple.

The case is made from “specially tanned and finished French leather” and MagSafe means it can attach to the back of your iPhone 12 or iPhone 13, thanks to magnets. The wallet can hold up to 3 credit cards and is shielded to protect the magnetic stripe on your cards.

In order to use Find My, you’ll need the feature enabled in iOS 15. Apple says Clear Case with MagSafe does not support Find My.

You can click here to buy the new iPhone Leather Wallet with MagSafe for $79 in Canada on Apple.ca, available in colours Golden Brown, Dark Cherry, Sequoia Green, Midnight and Wisteria.

Delivery dates are showing as early as September 22 in B.C. for expedited shipping.