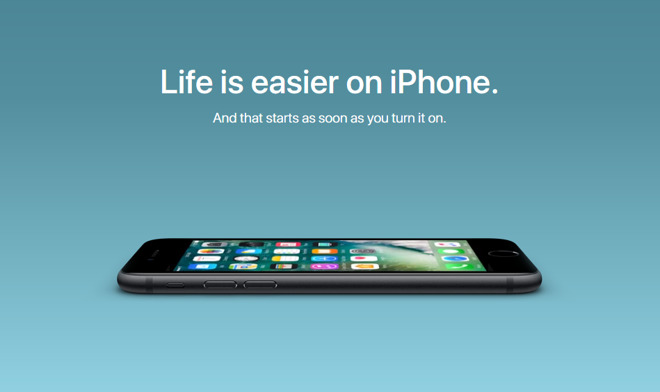 On Monday, Apple introduced an overhauled “Switch” site, hoping to persuade more Android users to buy an iPhone. In addition, the company released a related series of video ads.

Whereas the previous site was concentrated on the “Move to iOS” app for Android, the updated version focuses more on why people should switch. The site uses a simple, graphics-heavy layout with quips on subjects like the iPhone’s camera, technical support, speed optimizations, privacy protections, and lower environmental damage.

There are five new 16-second video ads Apple’s YouTube channel: “Music,” “Privacy,” “Fast,” “Jump,” and “Photos.” All of these use a left-to-right motif, point to apple.com/switch, and suggest either that using an iPhone is better or that transitioning is easy.