Fast forward nearly 20 months later, Apple has now dropped the price of BeatsX, now listed on their website for $149.95 CAD. This new price is also being reflected at authorized resellers such as BestBuy.ca and The Source. 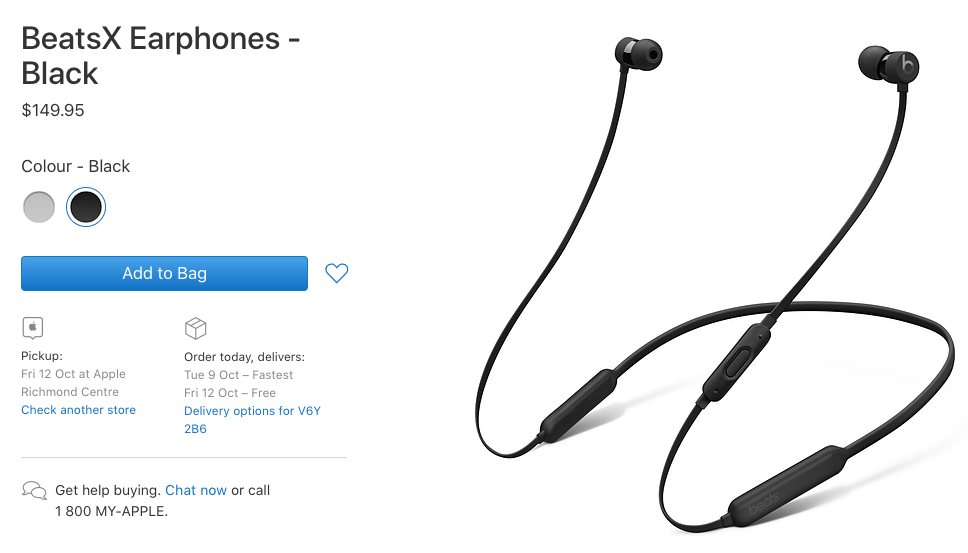 The price reduction—spotted by MacRumors—also has BeatsX reduced to just two colours: Black and Satin Silver.

While the price drop is a welcome sight for many Canadians, we’ve seen BeatsX get discounted at stores such as The Source down to $99.99, earlier this summer.

What does Apple’s price drop mean? It could signal a refresh is coming for BeatsX, possibly at the company’s rumoured October event, which many believe may take place in the weeks after Thanksgiving.