As expected, Apple has finally launched sales of their BeatsX earphones today, available both in Canada and the USA. Sales launched early this morning at about 12:25AM PST, and currently stock is available both online and at retail stores, priced at $179.95 CAD. AirPods cost $219, for comparison. 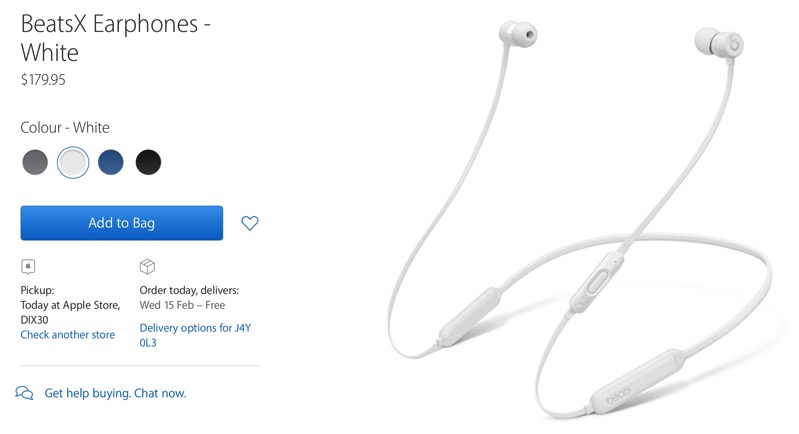 White and black models are available in-stores, with delivery dates noting arrival by February 15. For newer colours grey and blue, online delivery estimates note February 23-28 arrival, while stores don’t seem to have these in stock yet for pick up.

BeatsX earphones have battery life of 8 hours, plus the corded headphones allow for included remote controls, along with the same W1 chip in AirPods for easy pairing with your iOS devices. Once paired, the headphones will be accessible on devices using the same iCloud account.

If you are dying for a pair, all Apple Stores in Canada are showing white and black versions of BeatsX in stock, according to iStockNow’s real-time tracker.

If you’re trying to decide between Apple’s AirPods and BeatsX, check out these comparison videos. Anyone pick up a pair?