Apple has made some changes this morning to its website which has affected its iPod touch, iPod nano and iPod shuffle, according to MacRumors. 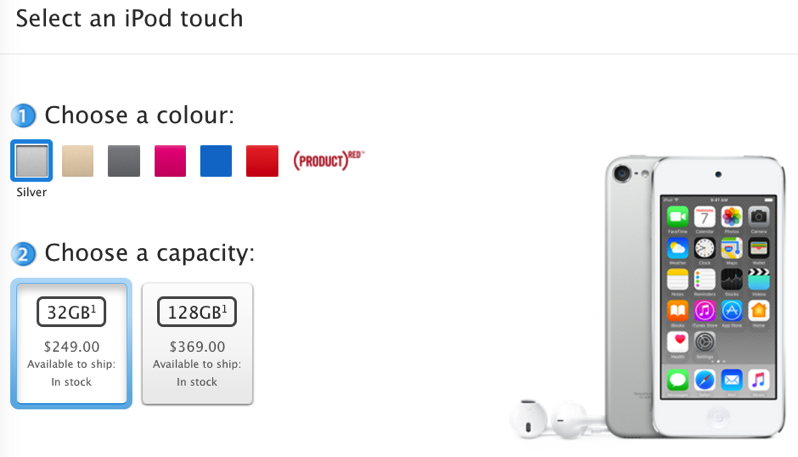 For starters, the iPod touch line up now only has two capacities available, as 32GB and 128GB remain, while 16GB and 64GB have been axed. While prices remain the same, storage has doubled, so ‘theoretically’ you’re saving $50 and $130 respectively.

Both capacities are in stock and available for in-store pick up as well.

Apple Canada’s refurbished store this morning restocked its 16GB iPod touch models for $189, while 32GB models are at $209. These refurbished models are good as new but lack a new retail box.

Also, Apple has removed the iPod nano and iPod shuffle from its website, indicating both iconic iPods have been discontinued.

Update: Apple has confirmed to The Verge both the iPod nano and iPod Shuffle has officially been discontinued, as an Apple spokesperson said  “Today, we are simplifying our iPod lineup with two models of iPod touch now with double the capacity starting at just $199 and we are discontinuing the iPod shuffle and iPod nano.”