It’s been a tough week for Apple’s PR team as they have had to deal with ‘bend-gate’ and the SNAFU previously known as iOS 8.0.1, which erroneously disabled cellular connectivity and Touch ID for the majority of iPhone 6 users. 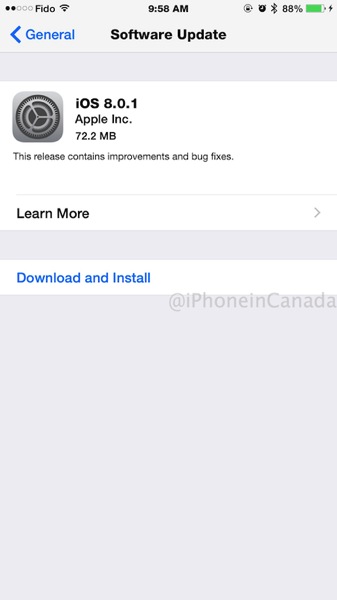 Now, Bloomberg cites unnamed sources saying the manager involved with iOS quality control, is also tied to the premature launch of Apple Maps, which lacked quality at its introduction:

Josh Williams, the mid-level manager overseeing quality assurance for Apple’s iOS mobile-software group, was also in charge of quality control for maps, according to people familiar with Apple’s management structure.

Williams was removed from the maps team after the software gave users unreliable directions and mislabeled landmarks, though he remained in charge of testing for iOS, said one person, who asked not to be identified since the information isn’t public.

The report paints a picture of Apple’s quality control process when it comes to software. Williams has an international team of 100 responsible for testing software and discovering bugs, says one source. Ex-employees say Apple relies more on human detection rather than automation technology to determine quality control.

The Bug Review Board, known internally as BRB, prioritizes software flaws that need to be remedied, led by Kim Vorrath, a vice president in charge of product management for iOS and Mac software. At these meeting, Williams and Vorrath along with others from software engineering teams decide which bugs need to be fixed and prioritized, with a “P1” designation meaning top priority, which can lead to a product’s manufacturing cycle to be paused if glitches are found.

The problem with these meetings, according to sources, is that engineers usually demand more than time than is granted by product managers faced with looming deadlines. Another issue is engineers who test software usually get hardware at the same time as customers, due to CEO Tim Cook doubling down on secrecy and limiting the use of unreleased iPhones to senior managers with explicit permission, say sources.

This results in so-called ‘turf battles’ which can impact quality control:

Internal turf battles also can impact quality testing, according to a former senior manager. Teams responsible for testing cellular and Wi-Fi connectivity will sometimes sign off on a product release, then Williams’ team will discover later that it’s not compatible with another feature, the person said.

Despite saying the release of iOS 8.0.2 would come in the ‘next few days’ yesterday, Apple released the update early by sharing it today with customers. That was following the opening up of a close-quarters facility to show the media how iPhones undergo stress tests before making their way into stores.