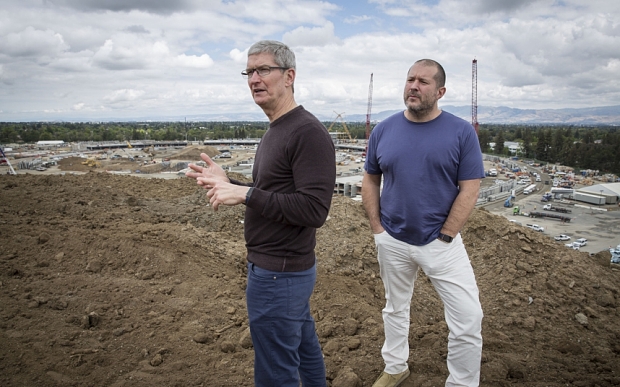 Today, Vanity Fair published its 2015 “New Establishment List” (now in its 21st year), which ranks a number of visionary executives and entertainers whom reporters found to be the most important in business, culture, and investment.

Apple CEO Tim Cook and design chief Jony Ive slipped to fourth place this year — actually, they switched places with Bezos, who ranked No. 4 last year. The Vanity Fair note focuses on the Apple Watch as the most important milestone for the company this year. About Ive, the magazine notes that the Apple Watch presented an opportunity to fully assume the “creative mantle at the world’s most highly valued company.” Most notably, Ive was promoted to chief design officer (just weeks after the Apple Watch went on sale). That gives him a role as the company’s product visionary “akin to that of Steve Jobs.”

As for Tim Cook, the magazine highlights that analysts expect Apple to sell 10 million Watches and that Apple has reportedly ordered a record 85 to 90 million units of its forthcoming iPhones.