In an interview with Reuters, Apple’s senior vice president of retail Deirdre O’Brien has revealed that the company is expanding its ‘Express’ retail store setup in key markets, such as the United States and Europe, as it tries to get the new iPhone 12 models into customers’ hands. 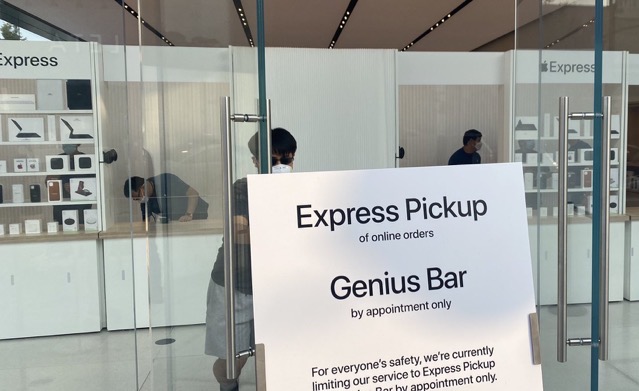 Apple’s ‘Express’ retail stores have a wall built in front of the main store with sales counters protected by plexiglass and a few shelves of accessories such as phone cases and AirPods.

Customers can safely pick up orders placed online or interact with Apple’s technicians at these Express stores, which is particularly useful in areas with rising COVID-19 rates. The new format could also help Apple navigate the holiday sales challenge across its 271 retail stores in the U.S.

Apple currently has about 20 such stores in the U.S. and Europe and plans to expand to 50 across the two regions by the end of the month, O’Brien told Reuters.

That option does not work as smoothly for Apple stores in shopping malls or busy downtown shopping districts where the “curb” may be far away from the storefront, said Deirdre O’Brien, senior vice president of retail and people at Apple.

“It’s a swifter way for us to serve customers,” O’Brien said. “It allows us to maintain all the appropriate social distancing and maintain all of our health protocols within our stores.”

Carolina Milanesi, an analyst with Creative Strategies, said customers who buy iPhones on Friday are unlikely to be put off by not being able to handle demo devices at the Express stores.