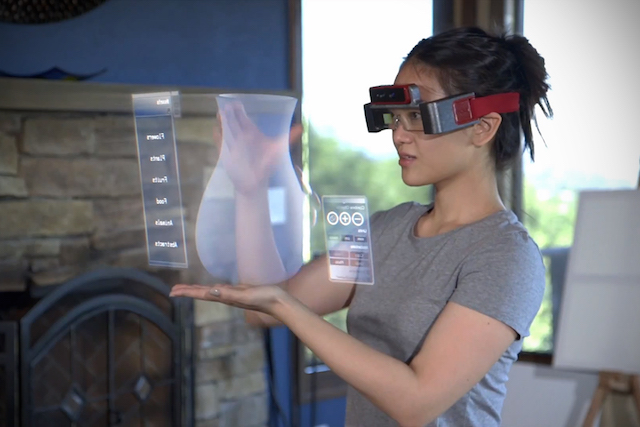 Research analyst Gene Munster from Piper Jaffray, has claimed in a research note published yesterday that Apple has a small team working and exploring the augmented reality (AR) space, The Wall Street Journal reports. The analyst believes that Apple is preparing for the next evolution of computing and augmented reality has the potential to be “as profound a technology platform as the smartphone today”.

“Munster writes that Apple’s “evolving fashion advantage” can help it develop augmented-reality products that appeal more to consumers, compared with what exists on the market today. He cautions, though, that it is difficult to determine if or when Apple’s interest in augmented reality might yield a product”.

The Google Glass computing eyewear is probably the best example of augmented reality currently in use. Not only has it generated a lot of interest since its introduction in 2013, it has also garnered more attention for its “obtrusive nerdiness”, as WSJ puts it, than its transformative technology. Microsoft’s HoloLens, which was unveiled at Windows 10 event earlier this year, is a more recent example of tech companies stepping into the AR space.

It must however be kept in mind that Apple often conducts research on new technologies that don’t always find their way into products, or at least not until Apple thinks the world is ready to embrace them.