Apple was today granted a patent showing the design of the fingerprint scanner which is rumoured to feature on its next-generation iPhone. The patent also suggests that Apple plans to bring this security feature to MacBooks and other devices, Patently Apple reports.

As the patent description reveals, the fingerprint scanner might be integrated directly into the bezel of a device, so the user just swipes a finger over a surface of the sensor to authenticate. The scanner will need to capture a certain percentage of thin strips of the fingerprint to match it with the already assembled full fingerprint stored in the software to grant access to the user. 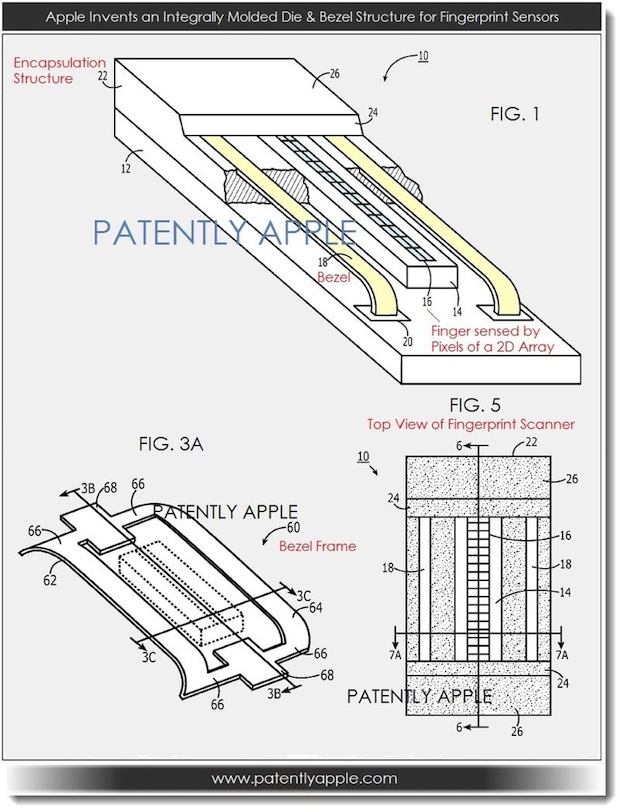 As you can see from the above image, the bezels are in discrete arch-shaped (or inverted “U”-shaped) metal structures, which may be individually secured to bezel receiving regions. 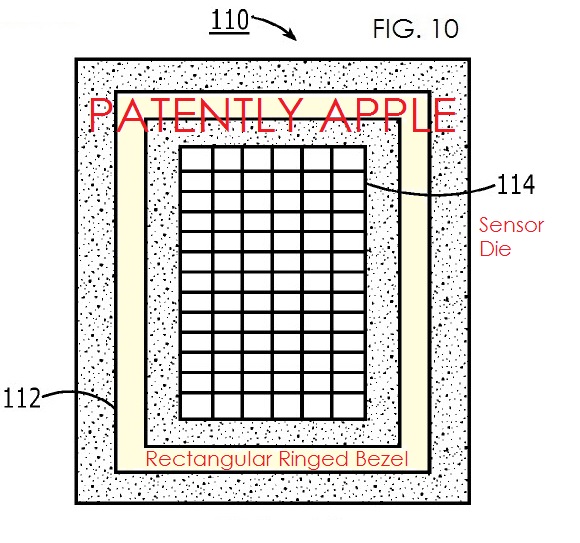 The sensor, as pictured above, will be sized to fit the average user’s fingertip.

The patent application (no. 20130154031) was originally filed in the first quarter of this year, and Robert Bond, Alan Kramer, and Giovanni Gozzini are credited as the inventors.