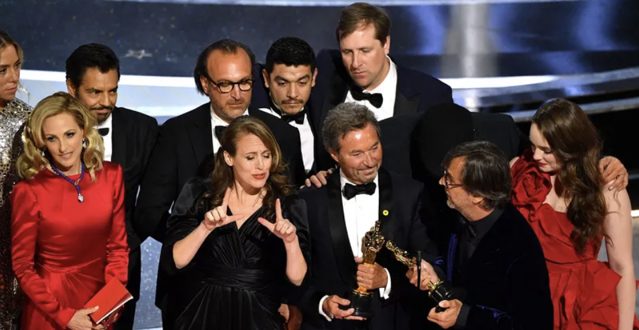 Calling it a “drop the mic moment” for the Cupertino giant, a note to Wedbush clients highlights how Apple TV is becoming a key monetization engine for the company.

The win “should significantly bolster its subscriber base while attracting more A+ Hollywood talent to its platform for future projects,” the note says. “We view this Oscar win as a game-changer for Apple on its content efforts and legitimizes the Apple TV+ as a major streaming platform.”

“We estimate that today Apple has roughly 25 million paid subscribers on the platform and ~50 million global accounts. This clearly is a fraction of the subs that other streaming stalwarts have on their platform, with Cupertino now trying to figure out their path to growth and streaming ambitions for the next decade with last night marking a historic accomplishment for Apple with its Best Picture victory.”