Re/code is reporting at the 11th hour (don’t you love that phrase?) Apple is set to debut a new free “Flipboard-like product” today at WWDC and also end its Newsstand app that was the way to deliver newspaper and magazine subscriptions:

At the same time Apple is going to do away with Newsstand, the app that stored and distributed newspapers and magazines, which some partners complained tended to bury its content. 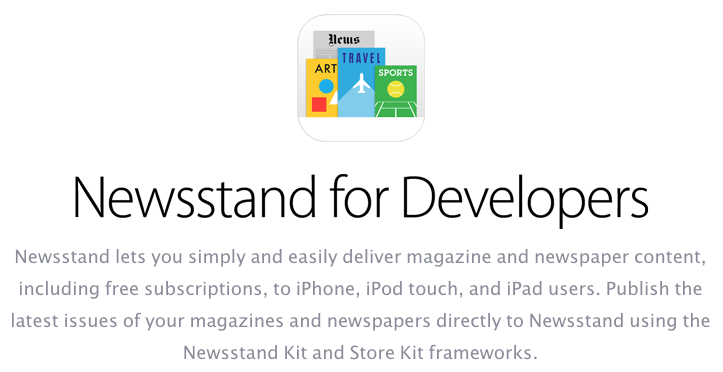 The new app will allow publishers to keep 100 percent of advertising sold within this new Flipboard-like app, while unsold inventory will be sold by Apple at “very favorable” rates. Despite rumours of a revenue share model revamp for subscriptions, Re/code says Apple will continue to take a 30% cut of revenue for subscriptions sold within apps.