Apple GymKit has launched in Canada, as Illinois-based Life Fitness has announced their cardio machines will support the latter at Equinox health club in Toronto.

GymKit allows Apple Watch users connect their devices to compatible fitness equipment, so they can track data while exercising, such as calories burned, distance, speed, incline and heart rate, while data from the machines are synced in real-time and saved in the user’s Apple Health app. 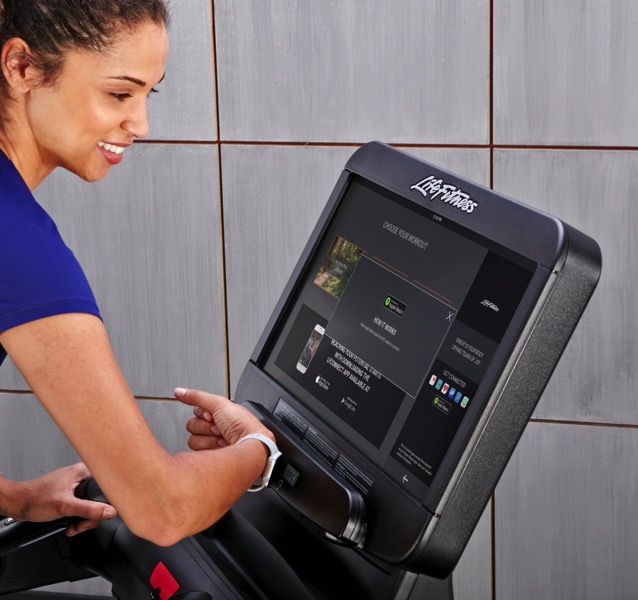 “Today’s announcement reinforces our commitment to bring exercisers around the world the most innovative fitness technology on the market,” said Jaime Irick, president of Life Fitness, in a press release. “The advanced technology of Apple GymKit with Life Fitness equipment is another example of how our fitness platform is rapidly growing to connect exercisers, clubs and innovative technologies for more engaging workouts. Equinox has always been a great partner and we’re excited to launch Apple GymKit with them in Canada.”

With GymKit, it allows Apple Watch users to tap their wearables on an NFC reader on equipment, which then lets both devices transfer live data via Bluetooth. Apple announced GymKit at WWDC last year.

GymKit debuted with watchOS 4 last fall, but there was no news about fitness equipment supporting the feature for Apple Watch users in Canada—until now. Let us know if you’re going to try this out at the Equinox club in Yorkville.

Google has joined forces with consumer advocacy group OpenMedia to oppose the Liberal government's controversial Online Streaming Act, also known as Bill C-11. The Liberals tabled Bill C-11 in February as an amendment to the Broadcasting Act. It is designed to give the Canadian Radio-television Telecommunications Commission (CRTC) regulatory authority over online streaming platforms, the...
Nehal Malik
46 mins ago

Apple Music has just rolled out the ability for artists and bands to personalize their profile page with a custom bio, as well as the option to add their hometown, birth date or year formed, and more (via MacRumors). Following the latest updates, artists can now also quickly add lyrics for their songs on Apple...
Usman Qureshi
56 mins ago