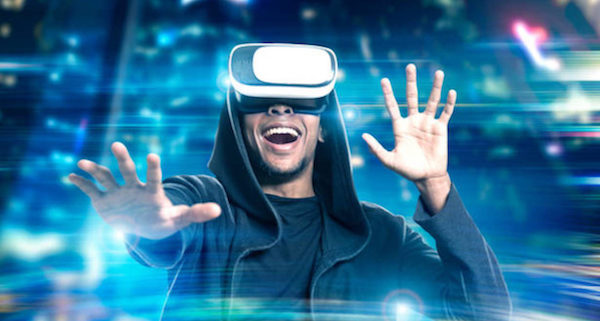 Citing a source familiar with Apple’s plans, a report by CNET is claiming that Apple is developing a powerful new headset capable of running both Augmented Reality (AR) and Virtual Reality (VR) technologies. The project codenamed “T288″ is reportedly still in its early stages, and is slated for release in 2020.

“Plans so far call for an 8K display for each eye — higher resolution than today’s best TVs — that would be untethered from a computer or smartphone, the person said.

It’s notable that Apple is working on a headset that combines both AR and VR given its intense focus over the past year on pushing augmented reality in iPhones and iPads. Cook has said he sees bigger possibilities in AR than VR, partly because augmented reality allows you to be more present.”

The report notes that Apple’s headset would connect to “a dedicated box” using a high-speed, short-range wireless technology. The box, which in its current state resembles a PC tower, would be powered by a custom Apple processor, acting as the brain for the AR/VR headset. Everything would be built into Apple’s headset and box, and will not require the users to install special cameras in a room to detect their location.

While Apple has previously taken up smaller VR projects, such as working with Valve to bring the Steam VR platform to its desktop computers last year, the headset marks a much bigger investment in VR, According to a report from CCS Insight, consumers are expected to buy 22 million VR and AR headsets and glasses this year.

It must however be kept in mind that much like any experimental project, Apple could very well change or scrap its plans all together for releasing such a product.