Apple CEO Tim Cook has reportedly been seen visiting the Washington headquarters of Valve Corporation, the famous video game developer and owner of Steam gaming platform (via Apple Insider). Since Valve’s Steam platform works similar to the iOS App Store, providing a market for downloadable PC video game titles, it is being speculated that Cook’s visit might be linked to a potential collaboration between the two companies. 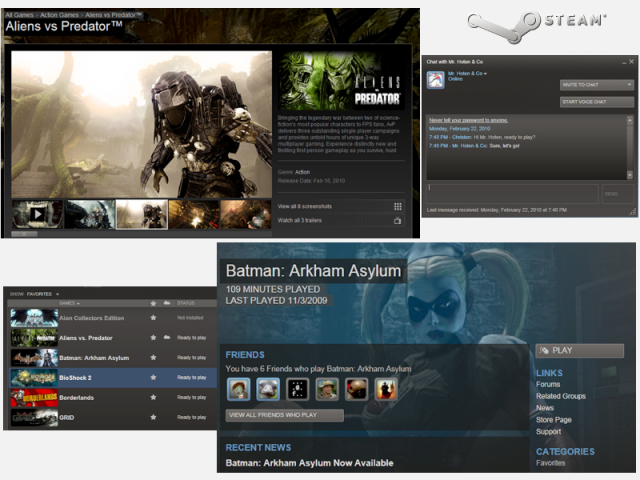 In early 2010 the company announced it would bring a series of its own video games, including Half-Life 2, Left 4 Dead 2 and Team Fortress 2, to the Mac platform for the first time. At the time, John Cook, the director of Steam development at Valve, stated that Apple had “been a great partner so far and we look forward to growing our relationship with them over time.”

The shift was particularly significant because less than three years earlier, in late 2007, Steam co-founder Gabe Newell had publicly complained that Apple simply didn’t get gaming.

“We have this pattern with Apple,” Newell said in an interview, “where we meet with them, people there go ‘wow, gaming is incredibly important, we should do something with gaming,’ and then we’ll say, ‘OK, here are three things you could do to make that better,’ and then they say OK, and then we never see them again.

Apple has already announced its plans to bring iOS Game Center to the Mac in this summer’s OS X Mountain Lion.

Apple's VP of Platform Architecture and Hardware Technologies Tim Millet and VP of Worldwide Product Marketing Bob Borchers recently sat down for an interview with TechCrunch where the pair talked about the tech giant's homemade M-series chips, gaming on Macs with Apple silicon, and more. Millet, who has been at Apple for almost 17 years and...
Nehal Malik
53 mins ago