In a patent application published earlier this week by the US Patent and Trademark Office (USPTO) titled “Electronic Devices with Flexible Displays”, Apple has detailed how temperature could be an issue for foldable displays, noting that some elements used in a foldable device’s production may become more resistant to flexing at cold temperatures. 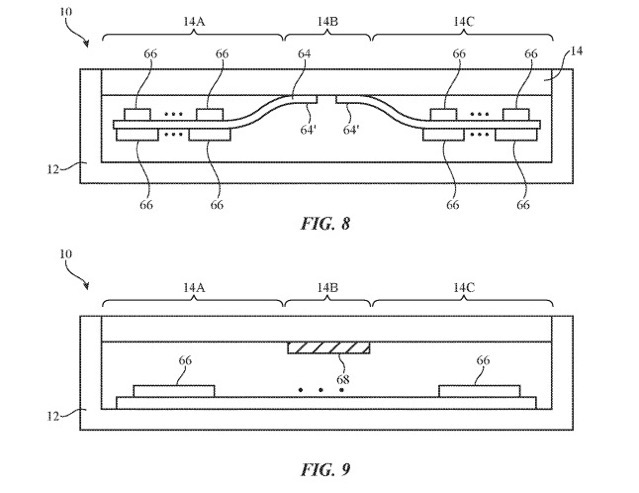 According to AppleInsider, the iPhone maker’s solution to preventing damage to a foldable display is an onboard temperature sensor to determine how warm the device is. The heating process itself can be performed by a heating element located near to the section that bends the most.

Since a heating element may not be practical to add to a device such as a folding iPhone, Apple suggests generating heat by illuminating the screen:

To do this, a screensaver could be used that concentrates most on the bent section, such as by making it brighter and lit up more than the rest of the screen.

As the heating process could take time to complete, Apple notes there is a danger of the display being flexed before it is safe to do so, something it has also considered. Aside from warning the user on an attempt to bend, Apple believes the use of a latching mechanism to keep the device closed while folded may be worth investigating.

Some analysts are speculating that an iPhone with a foldable display could launch as soon as 2020.