According to a report by Business Insider, Apple is continuing to hire away designers and engineers from its leading power chips supplier Dialog Semiconductor, with around 28 hires already been made between March 2016 and now. The UK-based manufacture saw a massive drop in its share price yesterday after it acknowledged that Apple, its biggest customer, is developing its own power management chips. 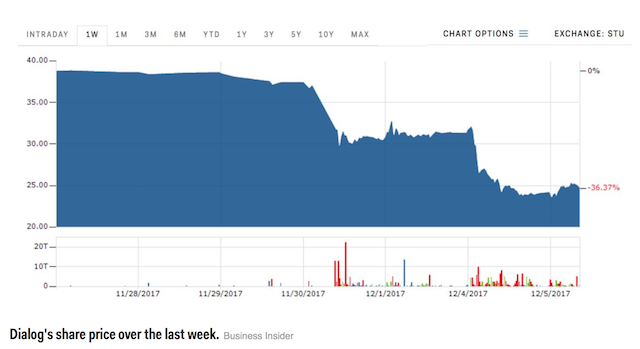 The flow of staff between Dialog and Apple was first spotted by Bankhaus Lampe analyst Karsten Iltgen earlier this year, something being described by analysts as a “brain drain”. He told the source that yesterday’s announcement from Dialog “marks a full u-turn” in communication strategy. “The company is essentially confirming everything which we had written before — and which they denied so far”, Iltgen added.

The analyst furthers suggest that Dialog would maintain a relationship with Apple, but would no longer be the “single source” for power management chips.

“This is a major disaster,” Hauck & Aufhauser’s Tim Wunderlich said on Monday. “I would expect Dialog to experience declining sales from 2019 onward, intensifying gross margin pressure, (and) brain drain as uncertainties make the company a far less appealing employer for top talent.”

Dialog declined to comment. A source close to the firm said the attrition rate was better than usual, and that Apple hired designers and engineers for its Munich design centre from several firms, including Dialog.

Contrary to the Nikkei’s recent report however, Morgan Stanley analysts have said that Dialog’s revenues for 2018 and most of 2019 are safe.