Apple Reaching Out to Hollywood for Original TV, Movie Deals 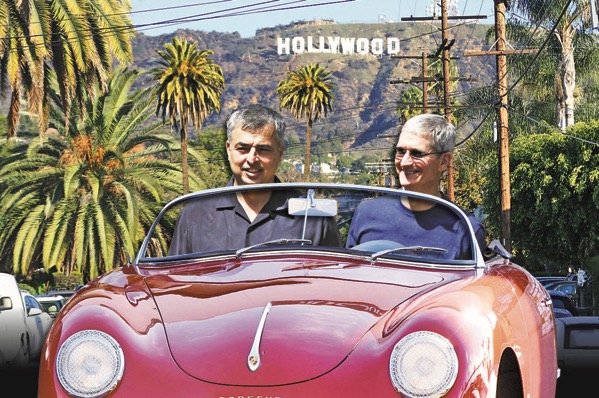 Apple’s senior executives are reaching out to Hollywood’s leading TV and movie producers, offering them to work for the Cupertino tech giant. According to the New York Post, there have been reports in recent weeks about Apple looking to kick-start a business in original TV programming, although Apple SVP Eddy Cue’s meetings with Paramount Pictures and Sony execs in the past couple of weeks suggest a bigger deal.

“They talked to Sony and Paramount last week. They are preparing something big,” a source told The Post. Whether Apple will pull the trigger on anything s remains to be seen, but time might be running out. Consumers are flocking to alternative streaming services, and Netflix, Amazon and Google are all making a play for filmmakers.

Apple has recently made some small bets on popular culture shows, such as producer Ben Silverman’s “Planet of the Apps” and “Carpool Karaoke,” which it will offer via an Apple Music subscription.

While Apple executives are busy looking to do business in Hollywood, it is not yet known as to who exactly is driving the effort. One insider told the source that Robert Kondrk, Eddy Cue and Jimmy Iovine are all trying to be that person. “They each want to be the guy, and they’re telling people, don’t deal with the other one”, the insider said. “Eddy is talking to some people. Jimmy is talking to others. They just haven’t figured it out”.

Apple once considered acquiring Time Warner but ultimately passed, leaving the field clear for AT&T’s buy. The iPhone maker is also frequently mentioned as a potential partner for Disney, as the two have a common shareholder in Steve Jobs’ widow, Laurene Powell Jobs.