Apple Made its First ‘HomePod’ Trademark Filing Publicly in Canada

Although Apple originally and secretively made the first trademark filing for its new ‘HomePod’ back in May in Liechtenstein, a small country that sits between Austria and Switzerland, its first ‘Public’ filing for the speaker was made on June 5th in Canada, the very day that it was announced. 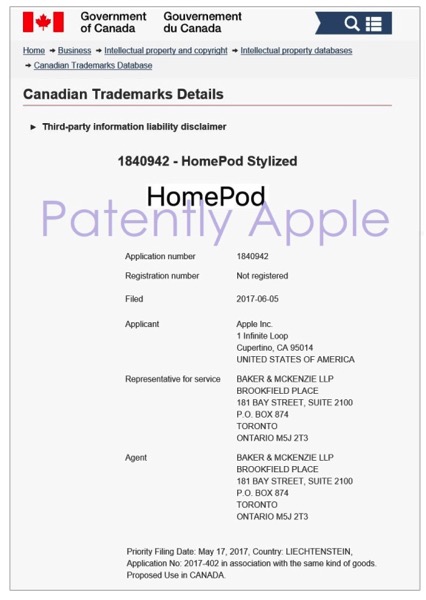 Apple filed HomePod under International Class 09 in Canada as noted in full below:

As usual Apple filed HomePod under the stylized version and another in block letters or caps.