While Facebook, Google, and Twitter have announced they’re temporarily suspending data requests from police in Hong Kong while they evaluate the human rights impact of sweeping new security law passed by China last week, Apple appears to be taking a softer stance. 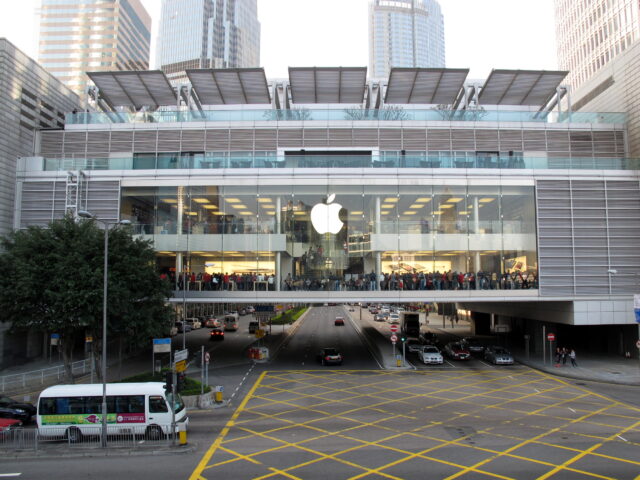 An Apple spokesperson told Bloomberg the company is “assessing” the impact of the law, which allows police to crack down on any form of government subversion. The Cupertino company said nothing about suspending data requests from local law enforcement, but said it had not received requests for Hong Kong users’ data since the new law took effect.

On July 1, an “elite body” within China’s legislature voted unanimously to adopt the National Security Law in a “rushed, secretive process,” according to NPR. Broadly, the law criminalizes four types of activity — secession, subversion of state power, terrorism and collusion with foreign entities — carrying a penalty of up to life in prison.

Beijing claims the law is crucial to safeguarding Hong Kong’s economic development and political stability. Legal experts and Hong Kong civil society leaders say the measure ends once and for all any remaining autonomy the region enjoys under Chinese rule.

Apple remains the largest US-based company to continue cooperation with law enforcement in Hong Kong. Unlike many of its competitors, the company has significant business on the Chinese mainland, where it has a large market for its devices and a substantial manufacturing base.

It has previously been criticized over its closeness to the Hong Kong authorities. In October 2019, CEO Tim Cook defended a decision to remove a mapping app used by protesters at the request of the police.

In a statement an Apple spokesman said: “Apple has always required that all content requests from local law enforcement authorities be submitted through the Mutual Legal Assistance Treaty in place between the United States and Hong Kong. As a result, Apple doesn’t receive content requests directly from the Hong Kong government. Under the MLAT process, the US Department of Justice reviews Hong Kong authorities’ requests for legal conformance. We’re assessing the new law, which went into effect less than a week ago, and we have not received any content requests since the law went into effect.”