In October last year, Apple accused Samsung in a court that the Korean company had illegally disclosed its confidential patent lincensing terms with Nokia, which were intended for attorney’s eyes only. Today however, the Cupertino giant has inadvertently disclosed the very same information itself publicly, while seeking damages from Samsung for doing the same thing, according to FOSS Patents. 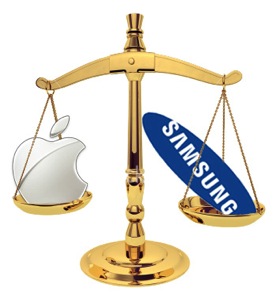 The source reports that Samsung is now accusing Apple of leaking Nokia licensing agreement documents through a publicly accessible docket related to their ongoing mobile device patent infringement battle. Apple filed the terms of its Nokia license on a publicly-accessible court docket last October, where it remained for about four months until it was finally removed. Samsung notified the court of the leak at the end of February.

Samsung also added in its filing that Apple should now be required to provide information as to what happened based on “transparency and evenhandedness.”

“Apple’s and Nokia’s scorched-earth approach to Samsung’s inadvertent disclosure, and the amount of the concomitant fees Apple and Nokia incurred in pursuing those efforts, must be juxtaposed against the fact that Apple had simultaneously posted (and Nokia neglected to notice) this information on the Internet for all the world to see. The fee award should be reduced accordingly.”

Earlier this year, a court ruled it would not sanction Samsung for the alleged leak as Apple and Nokia failed to prove the information was leveraged unfairly in subsequent patent licensing negotiations.