The latest Ipsos-Infopresse survey in Quebec has ranked the most influential companies in the province. While Google tops the overall Top 100 list as being the most influential to Quebecers, in the Innovation subcategory, Apple ranks as number one, ahead of the former, Cirque du Soleil, Facebook and Microsoft: 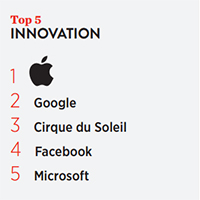 According to the survey (Google Translation): “Apple dominates the Quebec ranking of the five most successful brands in terms of innovation,” kept in place “thanks to its reputation and quality of its products.” 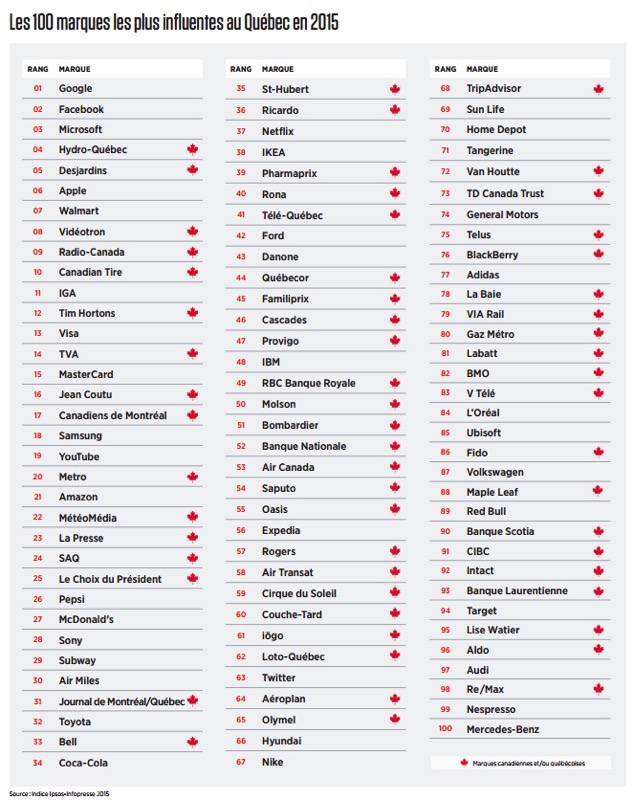 Apple was also ranked third in the category of most trusted brand, behind Canadian Tire and Tim Hortons, but head of Google and Desjardins.

This marks the second year in a row Videotron has ranked the highest out of all wireless carriers in the survey, which the company was proud of.

Manon Brouillette, President and CEO of Videotron, said in a statement “We are very proud to be on the list of the 10 most influential brands in Québec,” followed with “I am particularly pleased to find ourselves in the company of some of the largest companies in the world.

If you’re in Quebec: what company is your favourite brand?