According to the Guardian:

Apple’s legal department is understood to be “actively investigating” claims by Lodsys, a patent holding company based in Texas, to have a claim against iPhone and iPad developers who use in-app purchase systems.

Yesterday Lodsys clarified on their blog their intentions–they want a cut from developers that are infringing on their patent.

The latest developer to be “Lodsysed” has been popular twitter client twitterific, according to their co-founder via twitter: 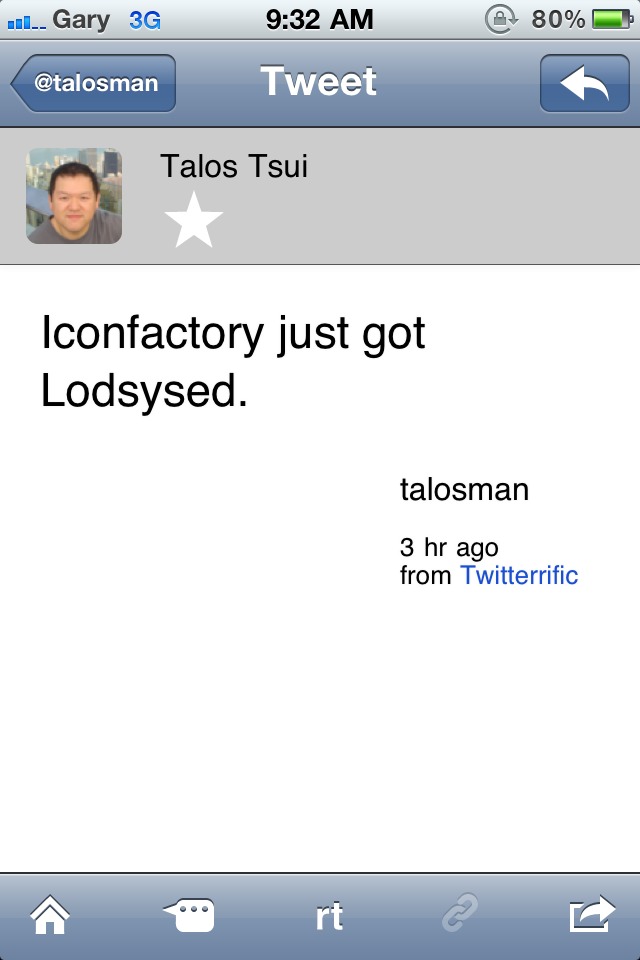 They haven’t opened the package yet but all signs point to Lodsys. They’ve struck again.