Earlier this morning, Apple announced a special event pegged for Wednesday, September 7, 2016, after the Labour Day weekend. The event is widely expected to unveil the next generation iPhone, plus an upgraded Apple Watch with GPS, according to Bloomberg.

Will Apple live stream their ‘iPhone 7’ special event? Given the recent history of Apple’s special events being streamed live worldwide, the answer is yes.

Apple’s Events page on the web already has a link for the upcoming live stream, which you can find here. 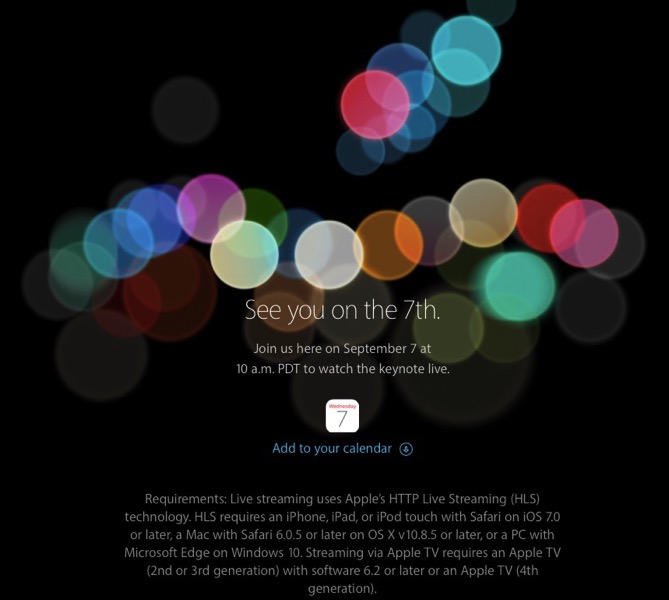 It will be possible to watch the broadcast on a Windows PC with a workaround—click here to learn how people viewed WWDC 2016.

The special event will kick off on 10AM PDT on September 7th—mark your calendars, folks.