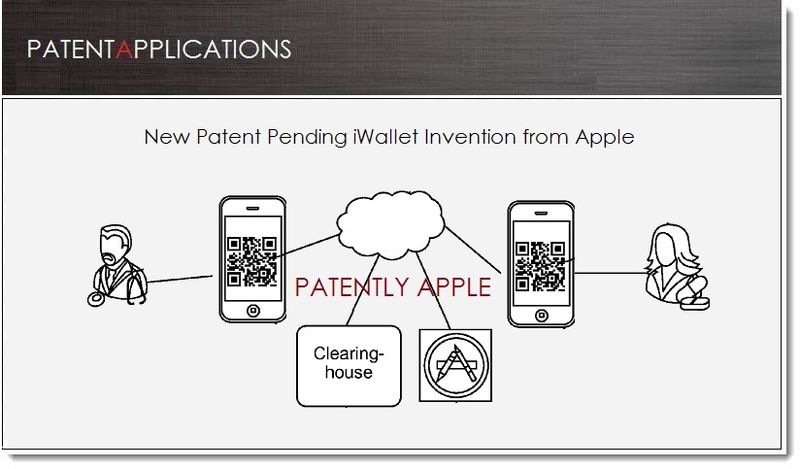 Apple details how its patent-pending technology can allow secure electronic transactions by utilizing optical codes that “link a client device with a clearinghouse that anonymizes the transaction”. When the optical code is presented to a customer, the customer’s device decodes the optical code, retrieves the invoice from the server using the claim number as a reference, and is presented with an interface for authorizing payment for the invoice in the clearinghouse.

The filing also highlights iWallet’s security features, that may include a secure access-restricted storage area to limit access to the sensitive data, such as encryption keys, passcodes and passwords, or digital certificates.