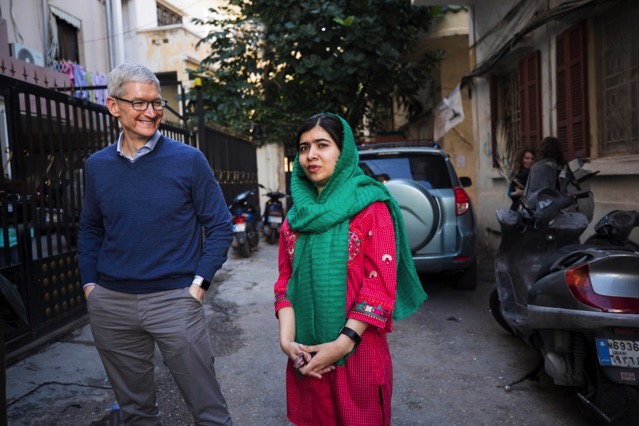 In an exclusive interview with iMore and Canadian reporter Josh McConnell, the CEO said “(Malala and I) met and it was one of those rare moments in time where fairly quickly you realize how your values align. Not only the Malala Fund and Apple, but our personal values as well.”

Cook added “One, equality is at the core of our belief and values and, two, that education is the great equalizer of people. If you believe both of those, it’s not an extension at all to say, ‘how do we help Malala achieve her vision of educating 130-million young girls around the world?'”

Apple’s CEO said “In particular, I love (Malala’s) focus on secondary education,” further adding “So many girls around the world are getting to Grade 6 or Grade 7 and then stopping… This isn’t right. It doesn’t maximize potential and it doesn’t treat people with dignity or respect.”

Yesterday, Cook made a surprise visit to Toronto, visiting the Eaton Centre Apple Store, marking his first visit to Canada as CEO of Apple.