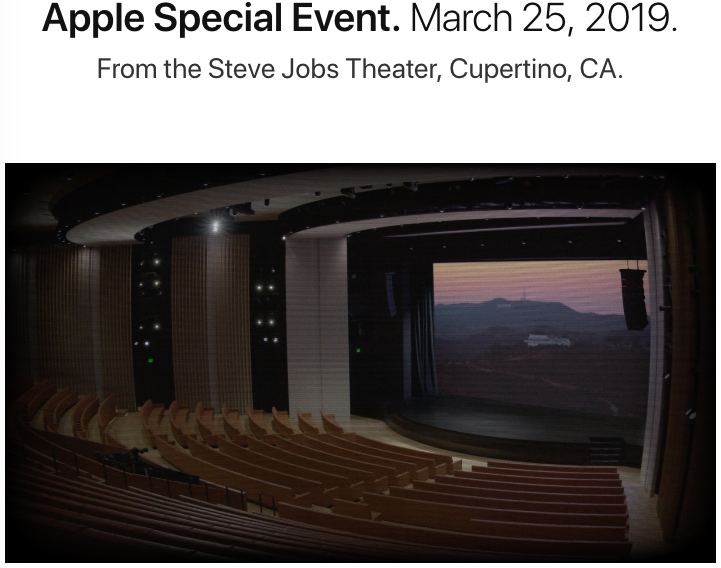 According to 9to5Mac’s Benjamin Mayo, “This isn’t a Photoshop. The stream of the theatre has been live for a few hours at this point, it’s obviously not a mistake. This is the viral hype iteration of Apple (and in line with Tim’s memey tweets last week).”

The live stream even showed Captain America at one point at 10:43 AM PDT today:

Now this is something I never expected to see on the Steve Jobs Theater 😛 pic.twitter.com/rCybUMOYp1


As of the writing, the live stream link currently is online but keeps changing camera angles, showing different parts of the stage.

The WSJ reported today Apple is said to be planning a $9.99 USD per month charge for its video and news subscription service, which some staff are calling a ‘Netflix killer’.

Apple’s special event key is set to kick off at 10AM PDT/1PM EDT on Monday, March 25, 2019. We’ll have all the information regarding tomorrow’s announcements right here on iPhone in Canada.