Apple today announced an all-new 10.9 inch iPad with Liquid Retina display, bringing a new design reminiscent of the iPad Air, powered by the company’s A14 Bionic chip. There are new colours blue, pink, yellow, and silver.

This new iPad gets updated cameras such as an Ultra Wide 12MP (to support Center Stage) moved to the landscaped edge of the device, while the rear camera is updated to 12MP for 4K video, while the device uses USB-C now, to go with Wi-Fi 6 networking. Touch ID now moves to the top button on iPad.

There are dual microphones to work with the cameras and new landscape stereo speakers.

A new Magic Keyboard Folio accessory is also here with a trackpad featuring a two-piece design. 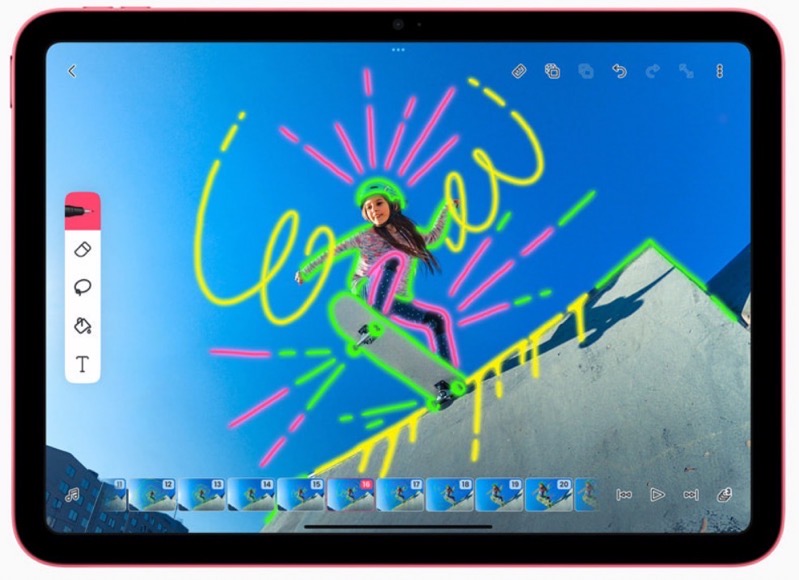 Also, Apple is still selling its 9th-gen iPad, but for a $20-$30 more than before, part of iPad-wide price increases.

Apple has released iOS 16.1.2 for iPhone users, offering “important security updates” and some enhancements. The download comes in at 336.2MB for the iPhone 14 Pro Max. Apple says the updates include improved compatibility with wireless carriers, while there are Crash Detection optimizations for iPhone 14 and iPhone 14 Pro models. There is no release […]
Gary Ng
3 days ago

Apple on Monday evening announced the best apps of the year, as part of its annual App Store Awards for 2022. These awards highlight 16 apps and games that “inspired users to engage more deeply with the world, expand their imaginations, and stay connected to friends and loved ones.” Winners were chosen by Apple’s global […]
Gary Ng
4 days ago

With Black Friday being sooo yesterday, Cyber Monday has arrived to grace us with more deals on Amazon Canada. Most of the deals appear to be an extension of Black Friday sales, which have appeared earlier and earlier this year. Check out the top Cyber Monday deals from Amazon Canada for 2022 below… Amazon Devices […]
IIC Deals
6 days ago