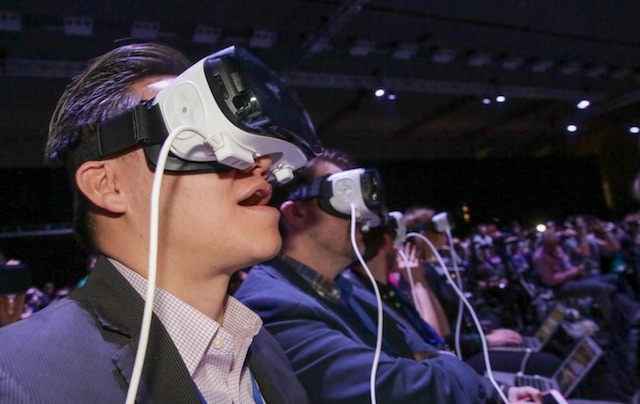 According to documents filed with the US Securities and Exchange Commission, Apple, LG and Valve are investing $10 Million in ‘eMagin’, a small New York-based company that makes OLED microdisplays used in the military, medical and industrial field (via CNET). The investment, made in the form of a new stock issuance, was completed before the end of January, notes the filing.

“We entered into strategic agreements with multiple Tier One consumer product companies for the design and development of microdisplays for consumer head mounted devices and, together with these companies, negotiated with mass production manufacturers for higher volume production capabilities,” eMagin said in its filing.

Having recently turned its attention to companies building consumer headsets, eMagin now hopes to design and develop microdisplays for AR and VR headsets for these tech giants. The company’s flagship product is a 2K display with a resolution of 2,048 by 2,048 pixels and a 70 percent fill factor, the percentage of each pixel that can be used to gather light.

While LG and Valve have recently partnered on developing a VR head-mounted display, Apple in particular has amped up its AR play with the recent release of ARKit 1.5 to developers. The software’s new features enable richer apps, including the ability to places items on vertical walls and doors, not just horizontal surfaces like tables.

Apple has not yet issued an official statement regarding the investment.

Call of Duty: Warzone Mobile may receive a regional launch. Apparently, the mobile-only spin-off of Activision Blizzard's hit battle royale is now available to install on Google Play in Australia. Earlier this month, Call of Duty: Warzone Mobile became available to preregister on the App Store as well as the Google Play Store. At the time,...
Steve Vegvari
6 mins ago