Apple executive Lisa Jackson has a new role: vice president of Environment, Policy and Social Initiatives. Previously, Jackson was the lead on environmental issues but her mandate has now expanded, as announced by CEO Tim Cook in a memo to employees, reports the Washington Post:

So I’ve asked Lisa to lead our work in these areas and to take on a broader role as vice president of Environment, Policy and Social Initiatives. Lisa will apply her passion and her unique skill set to integrate teams across Apple and make our impact even greater. As part of her new role, Lisa will also take over management of our worldwide Government Affairs function. Lisa already interacts regularly with governments around the world so she is a natural for this new role leading our public policy teams.

Cook says Jackson’s role will continue Apple’s efforts of “leaving the world better than we found it.” Apple’s Leadership page has been updated already to reflect this new role: 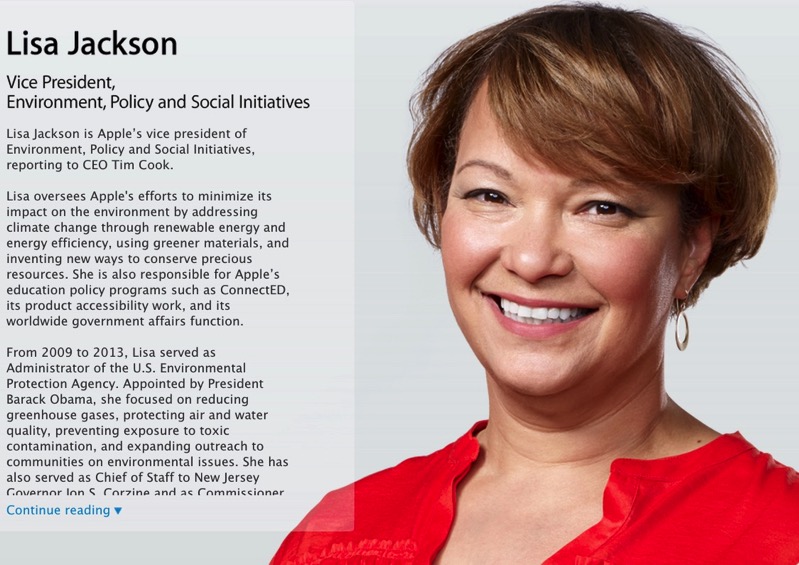 Jackson was the former head of the Environmental Protection Agency (EPA) from 2008-2013 and was hired by Apple shortly after leaving the federal agency.